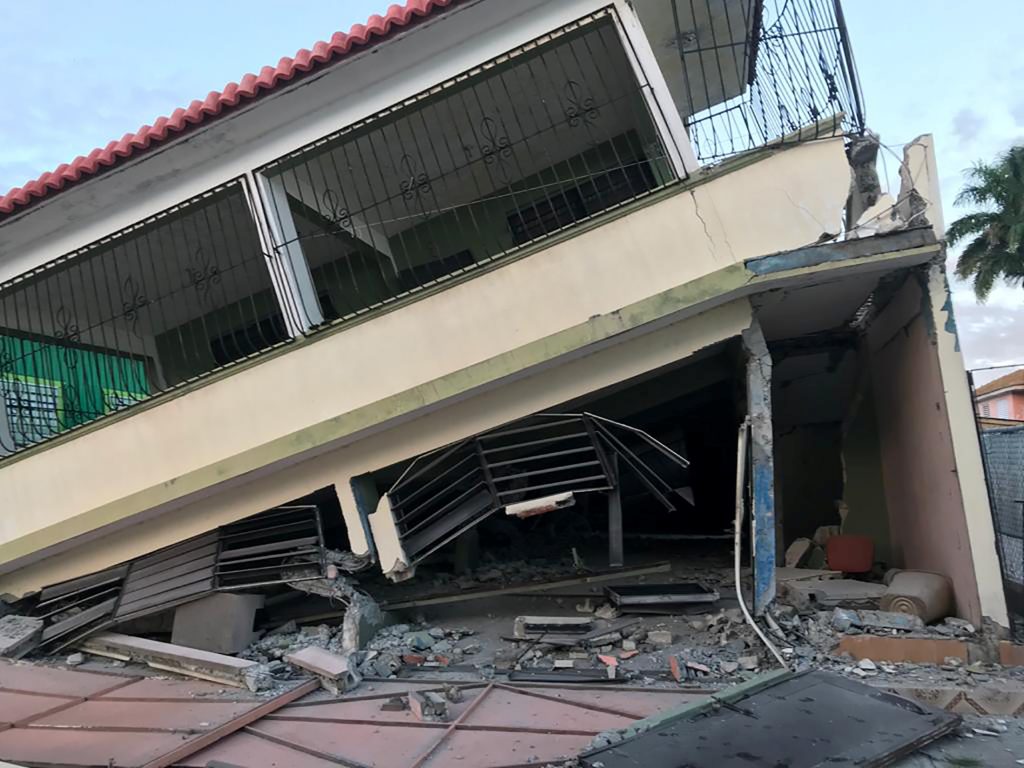 Governor Wanda Vazquez Garced activated security measures on the island and said all public sector offices would remain closed on Tuesday while emergency plans were implemented.

A 73-year-old died there after a wall fell on him, newspaper El Nuevo Dia reported.

Eight people were injured in the city of Ponce, near the epicenter of the quake, Mayor Mayita Melendez told local media.

Puerto Rico’s power authority said that one of the country’s main power plants, which sits near the epicenter, had been damaged, but officials expect to restore power to the island later Tuesday.

The U.S. Geological Survey said the quake hit at 4:24 a.m. just south of the island at a shallow depth of 10 kilometers. It initially gave the magnitude as 6.6 but later adjusted it. At 7:18 a.m. the magnitude-6.0 aftershock hit the same area. People reported strong shaking and staff at a local radio station said live on air that they were leaving their building

A tsunami alert was issued for Puerto Rico and the U.S. Virgin Islands after the initial quake, but was later canceled.

Albert Rodriguez, who is from the southwest town of Guánica, said the tsunami sirens went off before officials canceled the alert. He said there is widespread damage in his neighborhood.

“The road is cracked in the middle and it lifted up,” he said.

Victor Huérfano, director of Puerto Rico’s Seismic Network, told The Associated Press that it is hard to obtain reports of damage or injuries because communications are down for much of the island. He said officials in Ponce told him there was widespread damage.

“We expect that this will be the largest quake for now,” he said. “The aftershocks will continue for some time.”

Puerto Rico’s governor, Wanda Vasquez, told station Radioisla just before 6 a.m. that there had been no immediate reports of deaths. She ordered government offices closed for the day and urged citizens to remain calm and not check damage to their homes until daylight.

A 5.8-magnitude quake that struck early Monday morning collapsed five homes in the southwest coastal town of Guánica and heavily damaged dozens of others. It also caused small landslides and power outages. The quake was followed by a string of smaller temblors.

The shake collapsed a coastal rock formation that had formed a sort of rounded window, Punta Ventana, that was a popular tourist draw in the southwest town of Guayanilla.

Residents in the south of the island have been terrified to go into their homes for fear that another quake will bring buildings down.

The flurry of quakes in Puerto Rico’s southern region began the night of Dec. 28.

He said the quakes overall come as the North American plate and the Caribbean plate squeeze Puerto Rico.

One of the largest and most damaging earthquakes to hit Puerto Rico occurred in October 1918, when a magnitude 7.3 quake struck near the island’s northwest coast, unleashing a tsunami and killing 116 people.