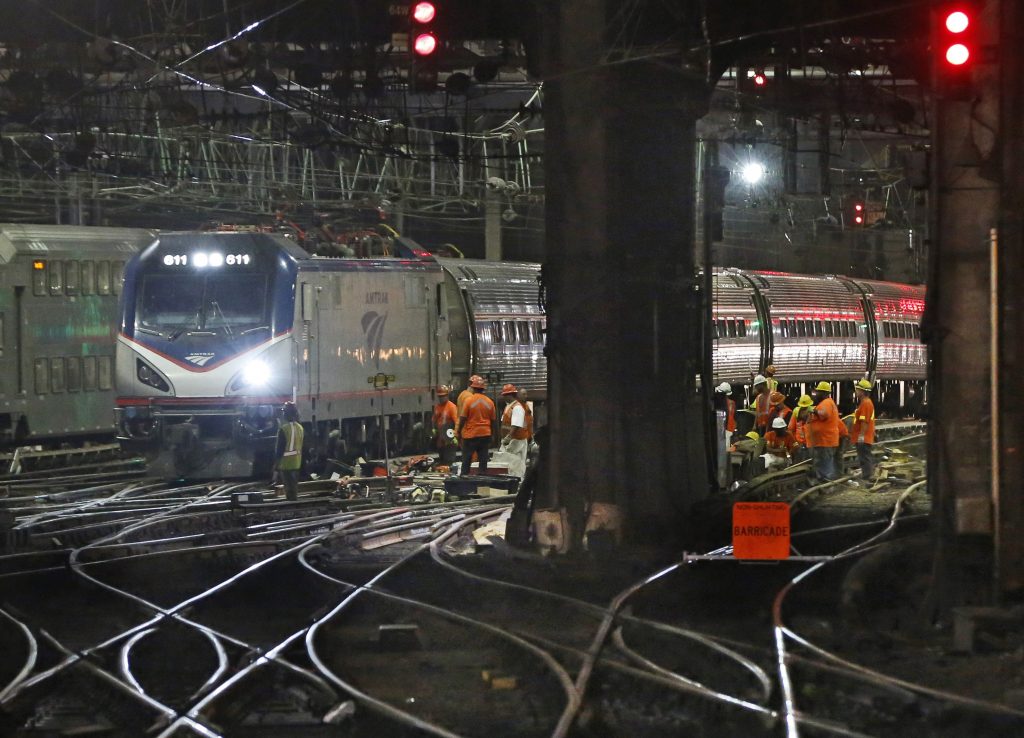 Gov. Cuomo said he will propose acquiring the block south of Penn Station to add at least eight new underground tracks, which he said will create new, larger terminals and boost track and train capacity by 40%.

More than 600,000 people pass through Penn Station daily on trains run by Amtrak, New Jersey Transit and the Metropolitan Transportation Authority, operator of the Long Island Rail Road and the New York City subway system. The station has 21 tracks and operates at full capacity during peak periods, leading to rippling delays when trains or infrastructure break down.

Commuter rail service was disrupted in 2017 and 2018 when a series of breakdowns forced Amtrak to accelerate its repairs of tracks and other infrastructure at the station.

The more-than-century-old station was considered an architectural masterpiece in its day, and its demolition and repurposing in the 1960s provoked a public outcry. The current station, underneath Madison Square Garden, is the focus of commuters’ ire for its delayed trains, cramped concourses, low ceilings and lack of natural light. Among Cuomo’s proposals on Monday was to acquire the Hulu Madison Square Garden Theater on 8th Avenue and create a new, block-long entrance.

“This will improve how more than half a million New Yorkers commute, travel and work every day,” Cuomo said in a statement.

The state will collaborate with Amtrak, the MTA and other stakeholders on the project. Cuomo didn’t provide specifics on when the project would be completed or how it would be funded.

An expansion of Penn Station is already underway to the west: A new, 255,000-square-feet train hall in the renovated James A. Farley Post Office building across 8th Avenue is expected to open by the end of this year.

Adding track capacity at Penn Station would fulfill one of the requirements of the Gateway project, a more than $12 billion series of rail improvements centered around a new tunnel under the Hudson River between New York and New Jersey, to allow the existing, century-old tunnel to be repaired without losing service capacity.

Critics have noted that even with both tunnels up and running, rail capacity wouldn’t be increased significantly unless Penn Station adds tracks.

The project to build a new tunnel is locked in a funding dispute with the Trump administration and is expected to take at least five or six years to complete once it is funded and construction starts.