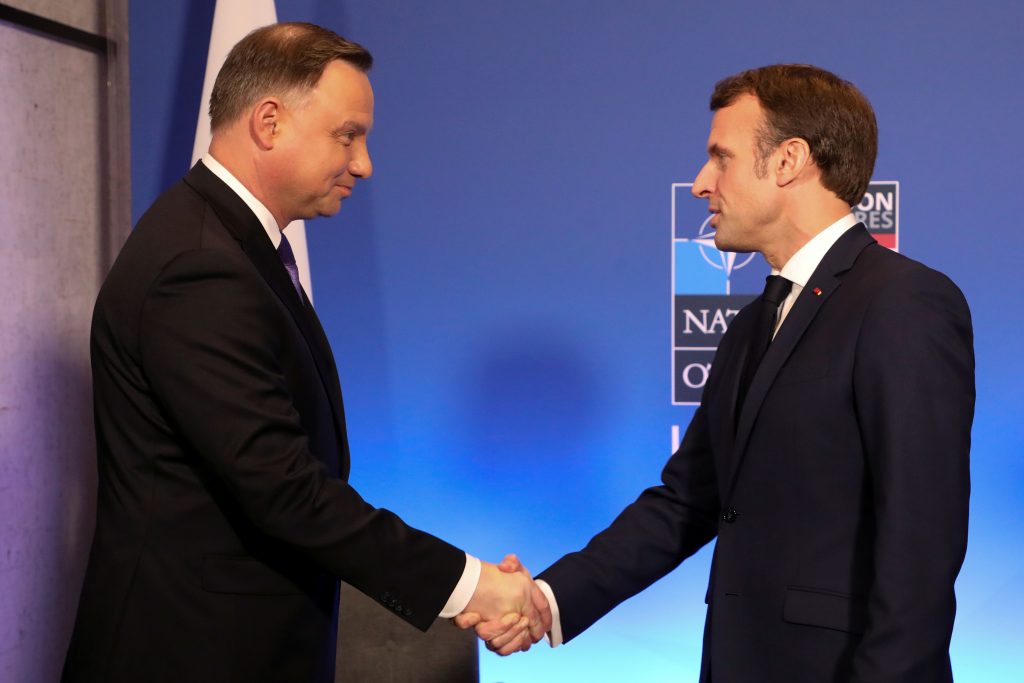 A row between Russia and Poland over who started World War II could result in the Polish president boycotting the Fifth World Holocaust Forum in Yerushalayim later this month.

Polish President Andrzej Duda said on Sunday night: “I found out that the presidents of Germany, France and Russia, whose countries collaborated with Nazi Germany, will give speeches.

“I think that as president of Poland, I can speak about the suffering,” he said.

A spokesman for Duda, Krzystztof Szczerski, told Polish Radio One that Poland told Israel that having Putin as one of the speakers is “unacceptable,” due to his “insulting and deceitful claims about the course and the origins of World War II.”

However, having voiced his outrage, the Polish president was reportedly undecided as to whether he would attend the event. Szczerski said that if Duda would be invited to speak as well, he would “of course” attend.

“[But] a situation in which the President of the Republic of Poland will sit and listen to the lying, false words of President Putin, without having the possibility to reply, is not good.”

Yad Vashem said Monday that while it was aware of Duda’s comments, it had not received a formal request for him to speak at the forum.

The Russian-Polish quarrel centers on whether the Hitler-Stalin non-aggression pact started World War II (8 days later), or as Putin argued, that Western appeasement of Hitler was the cause. He dismissed a recent European Parliament resolution blaming the Hitler-Stalin deal as “sheer nonsense,” claiming that the Soviet Union was forced into the non-aggression agreement to stave off a German attack because Britain allowed Hitler to annex Czechoslovakia.

The Russian president added that Józef Lipski, the Polish ambassador to Berlin at the time, “expressed full solidarity with Hitler in his anti-Semitic views.”

Polish Prime Minister Mateusz Morawiecki said: “Our country was the first to experience the armed aggression of Nazi Germany and Soviet Russia. Resistance to these evil powers is not only the memory of Polish heroism – it is something much more important. This resistance is the legacy of the entire now free and democratic Europe that fought against these two totalitarian regimes… Poland must stand up for the truth.”

Morawiecki asserted that Hitler and Stalin “were not only allies but in fact friends” who repeatedly cooperated.