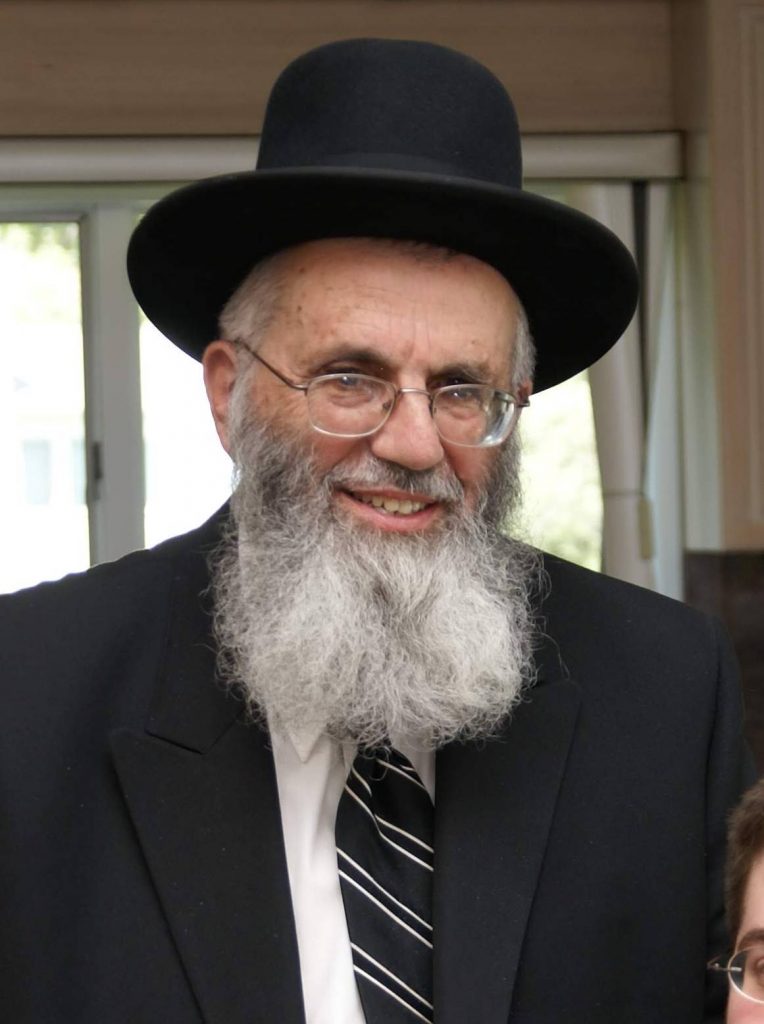 Rav Weiss was born 87 years ago in Liberec, Czechoslovakia, a two-hour drive from Prague. When WWII broke out in 1938, his family miraculously escaped to Hungary, where he lived with his grandparents and attended cheder in Munkacs. His father was working in Budapest, and they were able to relocate there before the deportations began in Munkacs. A short while after his bar mitzvah, the family was able to immigrate to America through the assistance of a relative living in Atlantic City.

A talmid of Yeshiva Mekor Chaim related to Hamodia a story he heard that sheds light on this period of Rav Weiss’ youth. Rabbi Ezriel Roth had come to America from Hungary before WWII, where he was employed as a shochet and a day school Rebbi in New Jersey and Philadelphia. After his retirement he moved to Boro Park and joined the yeshivah, attending the shiurim of Harav Binyomnin Paler, zt”l, as well as spending his sedarim engrossed in learning.

One day while walking home after seder, he mentioned to a young bachur that as a Rebbi in Atlantic City long ago, he encountered a bachur who he was sure was destined for gadlus. “I am sure this boy is today a talmid chacham, since he was far better than any other boy I ever taught,” Rabbi Roth related. “I just wish I would know what happened to this Weiss boy? I know that he eventually went to Yeshiva Ner Yisrael in Baltimore, but living in Philadelphia, I never had contact with him again.”

“Perhaps the boy’s name was Gershon?” the bachur countered.

“Yes, that’s it!” Rabbi Roth replied. “You know what happened to Gershon Weiss?”

When the bachur told him that he was now the Menahel Ruchani and a Maggid Shiur in Yeshiva of Staten Island, Rabbi Roth gave a contented smile from the knowledge that Rav Weiss developed to his full potential.

Rav Gershon had learned in Yeshiva Ner Yisrael, where he became a close talmid of Harav Dovid Kronglas, zt”l. “My father had the vision of his Rebbi, Rav Dovid, in front of his eyes for all his days,” a family member told Hamodia. “Whatever he did, he thought, ‘How would my Rebbi respond to this?’”

After learning in Ner Yisrael for several years, Rav Gershon was asked to accept the position as principal. Despite being a single bachur, he was already known as a person who could pull things together, and through his intelligence and wisdom he was able to successfully guide the yeshivah.

Before long he was asked to go to Toronto, Canada, where Ner Yisrael was establishing a new yeshivah, and to organize it as well. He was quite successful in that endeavor, but he returned to Baltimore since his presence was needed back there.

Although he was already a successful Rebbi and principal, nevertheless when he got married at age 27 to Necha Yarmush, who wished to marry a kollel yungerman, he gave up his position and returned to learning in kollel.

Five years later, Hagaon Harav Moshe Feinstein, zt”l, asked him to join the newly established yeshivah in Staten Island, telling Rav Gershon that he wanted him to be a “shutaf” with his son, Harav Reuven, shlita, in running the yeshivah. For over half a century, Rav Gershon delivered the shiur to the first-year beis medrash and a weekly shmuess to the entire yeshivah, and worked hand-in-hand with the rest of the Roshei Yeshivah in creating a citadel of Torah that produced generations of talmidei chachamim. The yeshivah had a variety of paths in which a bachur could shteig, and the talmidim were encouraged to follow the way that appealed most to them.

Rav Weiss was constantly thinking of ways to improve the yeshivah and would share his thoughts with other members of the hanhalah. “He never took credit for the success of a program, but rather he would just discuss it with others to see if it was beneficial, and then see to it that it would succeed,” a close talmid confided.

Rav Gershon was known for his total fidelity to acting in every way l’shem Shamayim. As the Menahel Ruchani of the yeshivah, he was charged with deciding who to accept as a talmid, and his decision was based on the success the bachur would have in the yeshivah.

A bachur once applied who had a bit of a history of personal and social issues. After speaking with the boy for a while, Rav Gershon thought that the bachur would gain a lot from the yeshivah and informed another member of the hanhalah that he was planning to accept him. When he was asked if he thought this might negatively affect the good name of the yeshivah, Rav Gershon’s response was, “How could I even think of ruining the neshamah of this person due to that consideration?”

He was known far and wide as someone to turn to for an eitzah, and many received sagacious counsel on all aspects of life. Yet he was always careful not to allow any personal self-interests to interfere with his advice.

“When I was involved in shidduchim,” his close talmid Baruch Jaeger said, “I discussed many issues with him. Eventually, his great niece was redt to me, and I wished to discuss it with him.”

“I’m sorry, but I have personal negios, so I cannot advise you on this,” he told me.

“But I would rather have Rebbi’s advice with negios than anyone else’s,” I protested.

“I’m sorry, but I have a kabbalah from my Rebbi, Rav Dovid Kronglas, not to be involved when there is negius,” was his final answer.

Rav Weiss lived in Boro Park and traveled with his colleagues to Staten Island every day to the yeshivah. Nearly 20 years ago he moved to Lakewood, where he established a shul named Bais Medrash Ateres Binyomin. Before long, he decided to begin a kollel in the shul, despite knowing that the responsibility of the costs would be upon him.

“I asked Rav Gershon what his main intention was for establishing the kollel,” a grandson said. “He told me that he felt it was important that the baalei battim hear a kol Torah emanating from the shul. For this reason, he was not particular what the yungeleit would learn, as long as they were serious and would deliver the kol Torah.”

Yet when it came to the yeshivah, he felt that the limudim had to be more tailored in order to ensure the success of the zman. “Rav Gershon once told me that although the cycle in yeshivah once consisted of eight masechtos, and included Maseches Pesachim, he decided later on to remove Pesachim from the order they learned,” Baruch Jaeger said. “He felt the kol Torah was diminished when they learned that masechta. He was always thought out with anything which affected the learning in the yeshivah.”

Concerning his own learning, Rav Weiss was known to never waste a minute, and he was always seen with a sefer in hand whenever he traveled. However, at a levayah of a relative that took place not long ago, he mentioned to a bachur who drove him that he was unable to hear the other hespeidim, and asked the bachur to fill him in.

“If Rebbi couldn’t hear the words of the maspidim, why didn’t he just take out a sefer as usual,” the driver asked.

“I couldn’t do that because the people around me may think I was ignoring the speaker, and that would be a lack of kvod habriyos,” was his reply.

“So why didn’t we just leave earlier?” the bachur asked.

“That,” said Rav Gershon, “would have been a lack of kvod hameis,” he responded.

His talmidim said he often would belittle the extravagances of America, explaining in descriptive terms the excesses of the society at large. Nevertheless, he once told a parent of a bachur, “I think your son is suffering from the poverty he sees in your house, and this needs to be addressed.” He stressed the need for bachurim to adjust normally, encouraging them to join in physical activities as needed.

When it came to his own family, he did not make demands of them, but would set such an example that they would simply never want to disappoint him by countering his wishes. He encouraged them to make their own choices, but invariably they chose what he felt was best for them.

“When I got married,” his daughter related, “I wanted his advice on a matter. His response was, ‘From now on, it’s your husband’s advice that you must seek.’ When I wanted some serious advice concerning the chinuch of our children, I knew that he would only speak to me if my husband was the one to ask him for his guidance.”

His son Harav Chaim Yitzchak Weiss, had taken over his shiur a while back, and will continue in that position going forward. His son Harav Dovid Weiss will take over as the Rav in Bais Medrash Ateres Binyomin.

Rav Weiss is survived by, ybl”c, his wife, Rebbetzin Necha Weiss, and a family of children and einiklach of