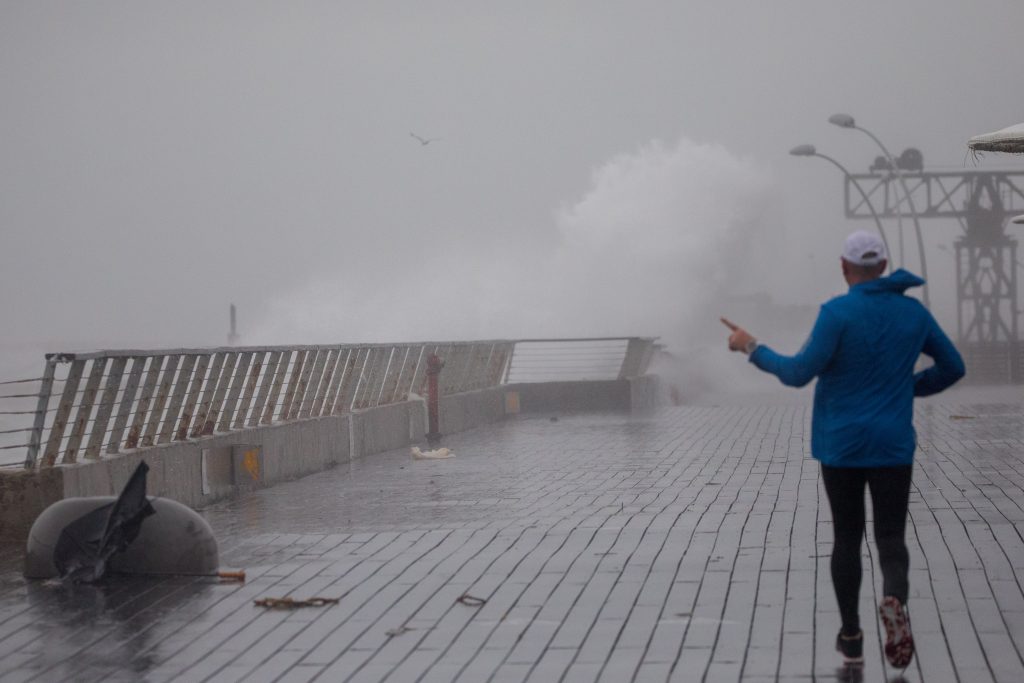 Prime Minister Binyamin Netanyahu expressed condolences for the deaths of two Tel Aviv residents, who died when flood waters inundated an elevator they were riding in. Netanyahu said that he had spoken with Public Security Minister Gilad Erdan and Transportation Minister Betzalel Smotrich, urging them to develop ways to prevent such tragedies in the future.

“I am shocked at the tragic deaths of two Tel Aviv residents in an elevator,” Netanyahu said in a social media post. “I have spoken with the Transportation Minister and the heads of fire and rescue services, urging them to discover how this could have happened and to examine how we can prevent this in the future.”

Two people died when they drowned in an elevator that was overcome by flood waters, as enormous amounts of rain fell on central Tel Aviv over Shabbos. The couple were attempting to reach the underground garage of their apartment building in the Hatikvah neighborhood when the waters entered the elevator and trapped them. A third person was critically injured in the incident.

The incident occurred after nearly 80 millimeters of heavy rain had fallen on the area in the space of just a few hours. The rain overwhelmed the drainage systems in the area, and water quickly gathered and rose in the garage. The couple were on their way to check the condition of their car when the tragedy occurred. Seven rescue teams attempted to extricate the couple, and scuba divers dove down into the garage searching for the victims, attempting to remove the roof of the elevator underwater.

Residents complained that rescue teams took a very long time to come to the scene, while others blamed the city for failing to develop a drainage system that would allow for the efficient removal of water. “It’s true that this situation was extreme, but our streets get flooded nearly every winter,” one south Tel Aviv resident told Yediot Acharonot. “There is nothing new here, and the city continues to adamantly refuse to do anything about it.”

Speaking to Army Radio, Tel Aviv Director General Menachem Leiba said that the situation would continue. “We cannot invest in a drainage system that will cover extreme weather incidents that are supposed to happen once in a decade,” he said.

Meanwhile, heavy rain continued to fall overnight Saturday in most of the country, with snow falling on the Hermon, which remained closed to visitors Sunday. The Kinneret continued to benefit from the gishmei brachah, adding 5 cm (1.9 inches) since Thursday. The Kinneret needs 2.68 meters (8.8 ft.) of water to be considered full. Rain is expected to level off late Sunday, with Monday set to have clear skies – before the next round of heavy rain, which forecasters believe will arrive Tuesday or Wednesday.