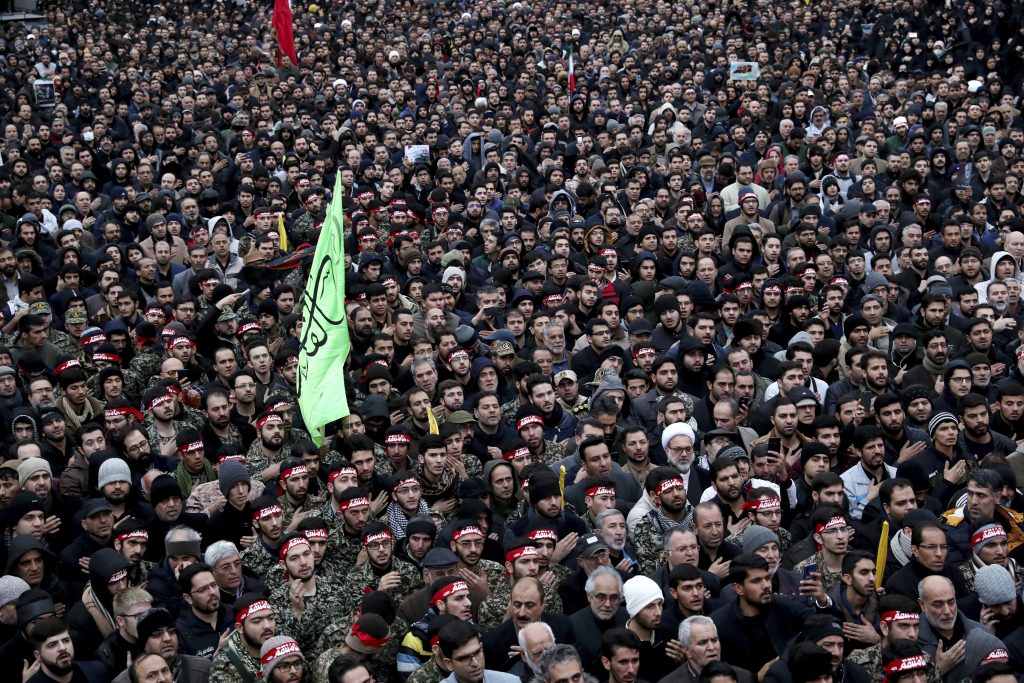 The Security Cabinet will again convene Sunday to discuss the security implications for Israel of the elimination of Iran’s Qassem Soleimani overnight Thursday. A special Cabinet meeting was held Friday as well, with the participation of IDF Chief of Staff Aviv Kochavi and senior IDF officials. Prime Minister Binyamin Netanyahu was to have been there as well, after he cut short a state visit to Greece Friday after the elimination of Soleimani.

Soleimani was the head of Iran’s Quds Force, Iran’s external “black ops” military group, which worked throughout the Middle East to advance Iranian interests. The Golan is among the fronts the Quds Force is very active in. The U.S. action is seen as a retaliation for the attempt earlier this week by Iran-backed Iraqi militia groups to take over the U.S. Embassy in Baghdad.

Iran has sworn to retaliate against the U.S. and Israel, and in the wake of the elimination of Soleimani, Israel has begun to prepare itself for a possible Iranian attack, and security has been heightened on all fronts. The most likely target for an attack, if one does come, would be northern Israel, but no special instructions have been issued yet for residents of the region.

A report Sunday in Arabic media said that although Hamas was also a beneficiary of Iran’s largesse, the Gaza terror group has decided not to ratchet up tension, and has so ordered other groups in Gaza. The report in the Al-Sharq al-Awsat newspaper said that Hamas had told Islamic Jihad and other groups that “it will not allow Gaza to become an operational field for international disputes to taking revenge.”

That did not stop hundreds of Gaza Arabs from spontaneously going out into the streets to mourn the death of Soleimani and demand revenge against the U.S. and Israel. Hamas and Islamic Jihad leaders joined mourners in special tents, with rioters burning Israeli and American flags and calling for “a just and true revenge. We are loyal to those who supported the Palestinians and the resistance. The full responsibility for this action falls on the Israeli occupation and the American government,” Hamas spokesman Ismail Radwan said.

The apex of the demonstrations are expected on Tuesday, when Soleimani’s body reaches Iran. A funeral procession departed from Baghdad, where Soleimani was killed, and will extend through the middle of the week when it reaches Tehran, where the funeral will take place.