Israel No Hate, No Fear Rally in Yerushalayim
Israel 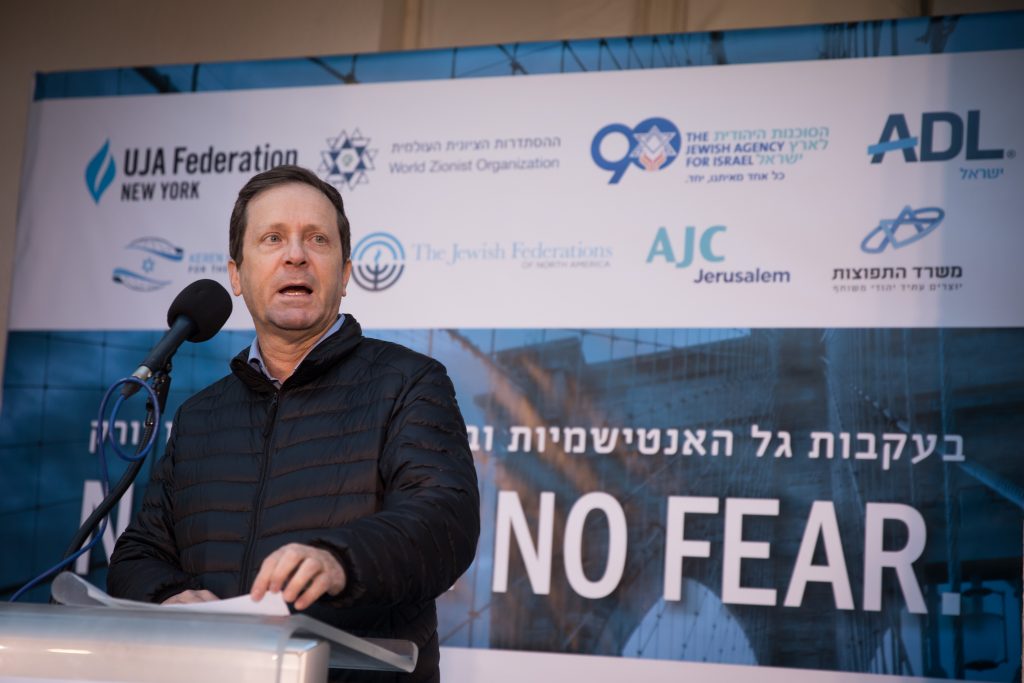 A “No Hate, No Fear” rally was held in Yerushalayim on Sunday, paralleling the one in New York.

Hundreds of demonstrators outside the Jewish Agency offices in the capital chanted “Am Yisrael Chai” and held placards reading “Love Your Neighbor as You Love Yourself” written in Hebrew, and some waved Israeli flags.

Jewish Agency Chairman Isaac Herzog told the crowd that “today, thousands are marching in the streets of New York against the hatred and deadly antisemitism that has been unleashed against the Jewish people in New York and around the world.

“Jews are not as safe on the streets of the United States as they were in the past, and hatred and antisemitism are spreading across borders and continents,” he said. “From here, in Jerusalem… we send a message of solidarity to our sisters and brothers in the United States.”

A student from New York, Hannah Platovsky, who is spending a year in Israel, told The Jerusalem Post: “I’m distraught about what’s going on. I was speaking to my Dad, and he said to me that he’s not sure if I should come back to New York after my gap year,” she said.

“It’s not safe. You can’t even go to the grocery store without being yelled at… Something has to be done to stop this, and to make it safe for Jews, so that they can be confident and don’t have to live in fear of antisemitism.”

The was organized by the Jewish Agency, the World Zionist Organization (WZO) and the Anti-Defamation League (ADL).