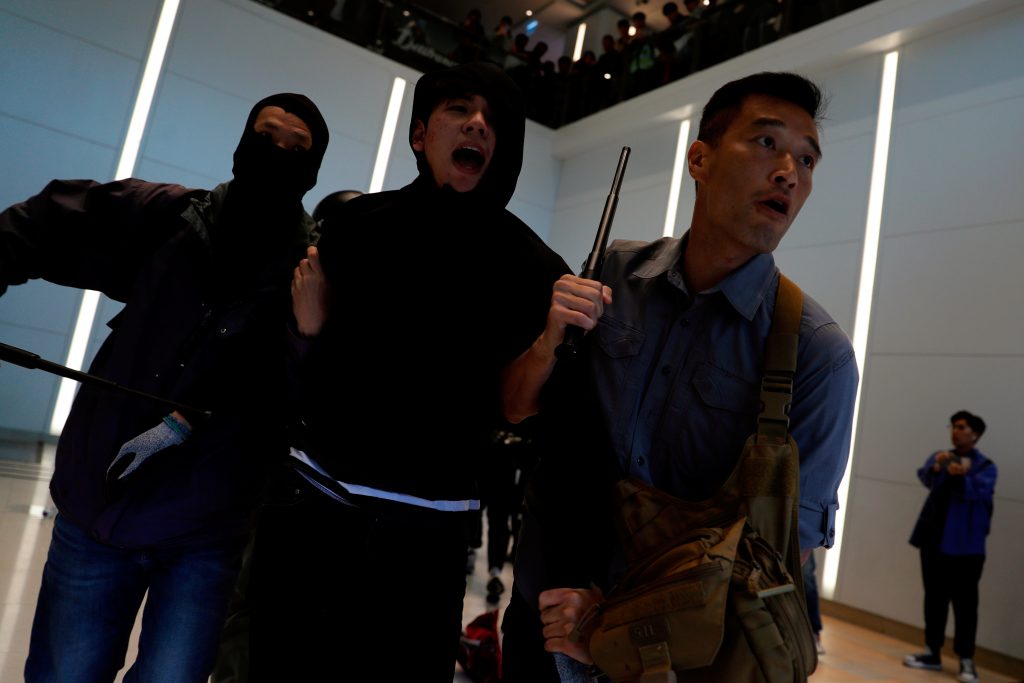 Thousands of people marched through a Hong Kong border town on Sunday to oppose traders from mainland China.

They rallied in Sheung Shui, which lies across the border from the mainland city of Shenzhen. For years, traders have bought goods from the district to sell at a markup in Shenzhen. The practice is called “parallel trading” because it happens in a gray area alongside legal trade.

Some black-clad protesters held up signs that read “SARS,” an apparent reference to a mysterious infectious disease that may have been brought to Hong Kong from the central Chinese city of Wuhan, where at least 44 people have been infected.

The outbreak has revived memories of the 2002-2003 SARS epidemic that began in southern China and killed more than 700 people.

Police used tear gas on demonstrators who hurled petrol bombs at the Sheung Shui police station, authorities said. While the procession ended at 2:50 p.m., some demonstrators refused to disperse and remained in standoffs with riot police.