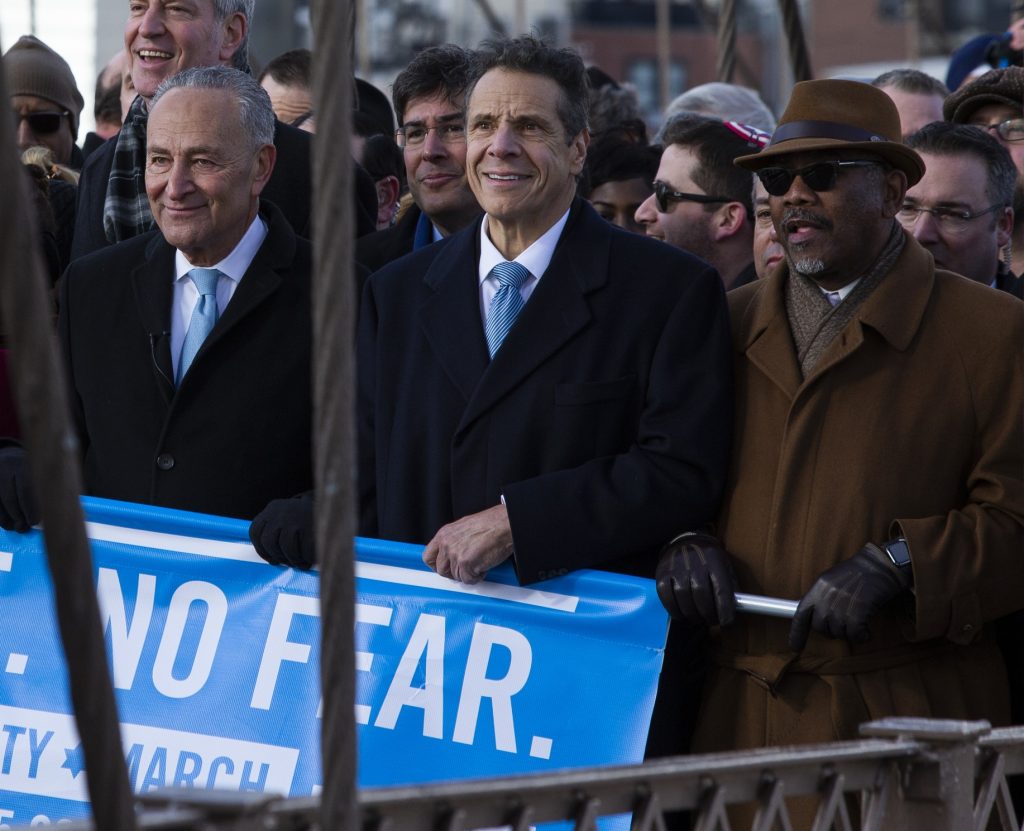 Governor Andrew M. Cuomo, speaking today at the “No Hate No Fear Solidarity March” in New York City, announced the availability of an additional $45 million in funding for protection of New York’s religious-based institutions. These funds can be used to prevent hate crimes against non-public schools and cultural centers.

Created by Governor Cuomo in 2017, the New York’s Securing Communities Against Hate Crimes Grant Program provides funding to strengthen security measures and prevent hate crimes against non-profit day care centers, community centers, cultural museums, day camps and non-public schools, many of which are considered vulnerable due to their ideology, beliefs or mission.

In a Twitter post, NYS Assembly Member Simcha Eichenstein, who represents District 48 which includes Borough Park and parts of Midwood, informed the community that despite the appearance that new funding is being made available, what Governor Cuomo actually announced was the same $45 million in funding that was passed in the budget last year, and he has announced it over and over as if it’s new. “We need additional security funding for schools and houses of worship,” Eichenstein declared.

The Governor also announced that New Yorkers can call 1-877-NO-HATE-NY, a new tip line created to report bias or discrimination. In addition, State Police will continue increased patrols and security in Orthodox Jewish neighborhoods across the state.

“The recent rash of anti-Semitic and other hate-fueled attacks in New York and across the nation are understandably causing anxiety, but we will not be intimidated,” Governor Cuomo said. “In New York we stand up to those who try to sow division and fear, and this new funding will provide religious and cultural institutions the support they need to help protect themselves and keep people safe. We will not let the cancer of hate and intolerance weaken us — we will continue to stand up and denounce it every time it rears its ugly head.”

The New York State Division of the Budget will administer the grants, which will provide up to $50,000 in funding for additional security training, cameras, door-hardening, improved lighting, state-of-the-art technology and other related security upgrades at each eligible facility. Organizations that operate more than one facility have the opportunity to submit up to five applications.

Updated Sunday, January 5, 2020 at 6:07 pm Added quote by Assemblyman Eichenstein that it is old funding