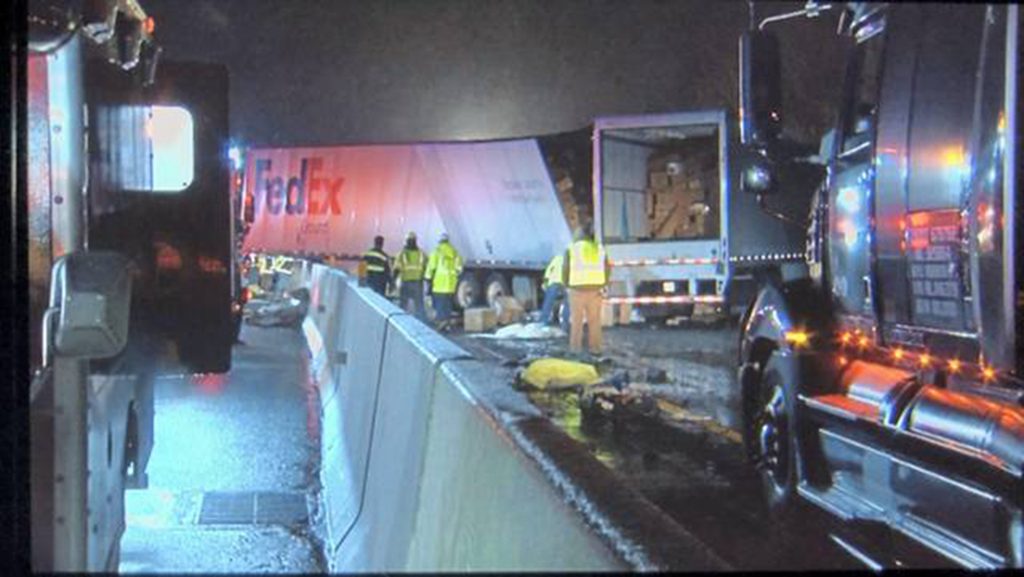 Five people were killed and dozens injured early Sunday in a crash involving multiple vehicles on the Pennsylvania Turnpike, a transportation official said.

The crash happened in Westmoreland County, around 30 miles east of Pittsburgh. The crash closed the turnpike for an 86-mile stretch between New Stanton at Exit 75 and Breezewood at Exit 161, DeFebo tweeted.

A “prolonged closure” of the turnpike is likely, DeFebo said.

The tour bus flipped on its side, DeFebo told The Tribune-Review. He said National Transportation Safety Board investigators were called to the scene.

Further details weren’t immediately available. The National Weather Service forecast for Westmoreland County early Sunday listed light unknown precipitation and an air temperature just below freezing. DeFebo told the AP it was “premature” to say if weather was a factor in the crash.