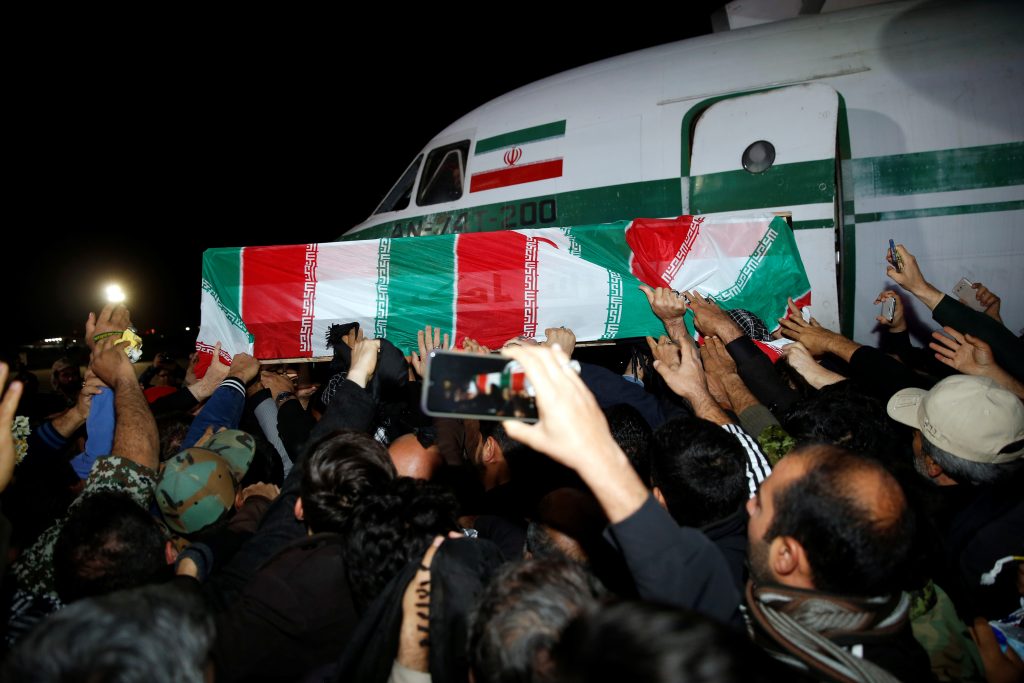 The body of Iranian military commander Qassem Soleimani, who was killed in Iraq in a U.S. military strike, was returned to Iran on Sunday and driven through thousands of mourners, the official IRIB news agency reported.

Soleimani, the architect of Tehran’s overseas clandestine and military operations as head of the Revolutionary Guards’ Quds Force, was killed on Friday in a U.S. drone strike on his convoy at Baghdad airport.

While many Iranians have rallied to show grief over the death of Soleimani, regarded as the country’s second most powerful figure after Supreme Leader Ayatollah Ali Khamenei, others worry that his death might push the country toward war with a superpower.

Soleimani’s body was flown to the city of Ahvaz in southwest Iran.

IRIB posted a video clip of a casket wrapped in an Iranian flag being unloaded from a plane as a military band played.

Thousands of mourners dressed in black marched through the streets of Ahvaz beating their chests in live footage aired on state media.

Soleimani’s casket was driven amid the large crowds on the back of a truck.

The body of Iranian-backed Iraqi militia leader Abu Mahdi al-Muhandis, who was killed in the attack with Soleimani, was also flown to Ahvaz, according to IRIB.

Tens of thousands of people marched in Iraq on Saturday to mourn Soleimani and al-Muhandis, chanting “Death to America.”

On Saturday evening a rocket fell inside Baghdad’s heavily fortified Green Zone near the U.S. Embassy; another hit the nearby Jadriya neighborhood, and two more were fired at the Balad air base north of the city, but no one was killed, the Iraqi military said in a statement.