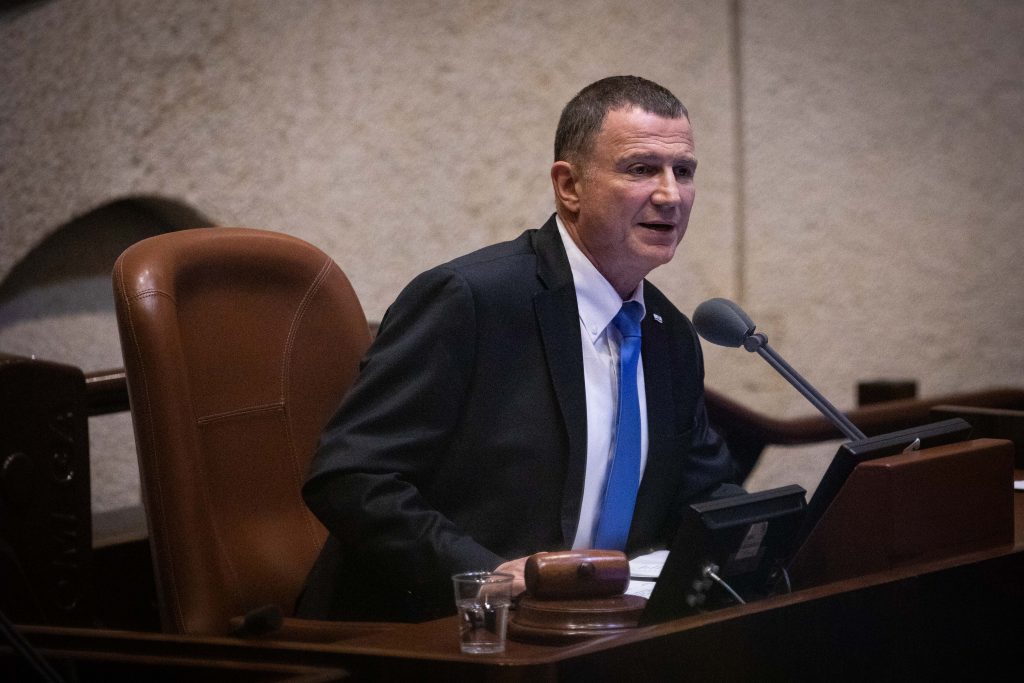 The Blue and White party continued to push for the Knesset to commence discussion of Israeli Prime Minister Binyamin Netanyahu‏‏’s request for immunity, claiming that a majority of MKs are in favor of the move.

The party said on Sunday that it was presenting Knesset Speaker Yuli Edelstein with letters from faction heads representing 65 MKs calling for the immediate establishment of a committee to weigh immunity for the prime minister, according to The Times of Israel.

Knesset legal advisor Eyal Yinon published an opinion which said the issue could be taken up, but the Knesset must do so before the March 2 election. The committee must discuss the matter before the plenum can vote on it, according to Yinon.

Edelstein, the No. 2 lawmaker in Likud, has reportedly been averse to setting up such a committee, and Blue and White officials have threatened to oust him from his position as speaker if he refuses to cooperate.

Blue and White MK Avi Nissenkorn, who heads the Knesset Arrangements Committee, which he wants to convene on the matter, met with Edelstein early Sunday afternoon to discuss the issue. After the meeting, Edelstein said he requested another legal opinion from Yinon clarifying the speaker’s role in convening of the Arrangements Committee.

In his opinion, Yinon wrote that “Despite the various difficulties that arise in conducting immunity hearings during the Knesset’s election hiatus, and despite the precedent it may set, I have stated that it doesn’t prevent the Knesset’s committee and the Knesset plenum from discussing immunity at this point in time.”

He stipulated that convening the committee would be acceptable as long as hearings don’t begin “just days before the election date.”

“The immunity procedure is a quasi-judicial process,” Karai said, according to Ynet. “When it is held during an election period, the petitioner’s right – to try and persuade committee members from the opposing political parties to support him – has effectively been denied.”

The further characterized Inon’s opinion as “forced and unfounded.”