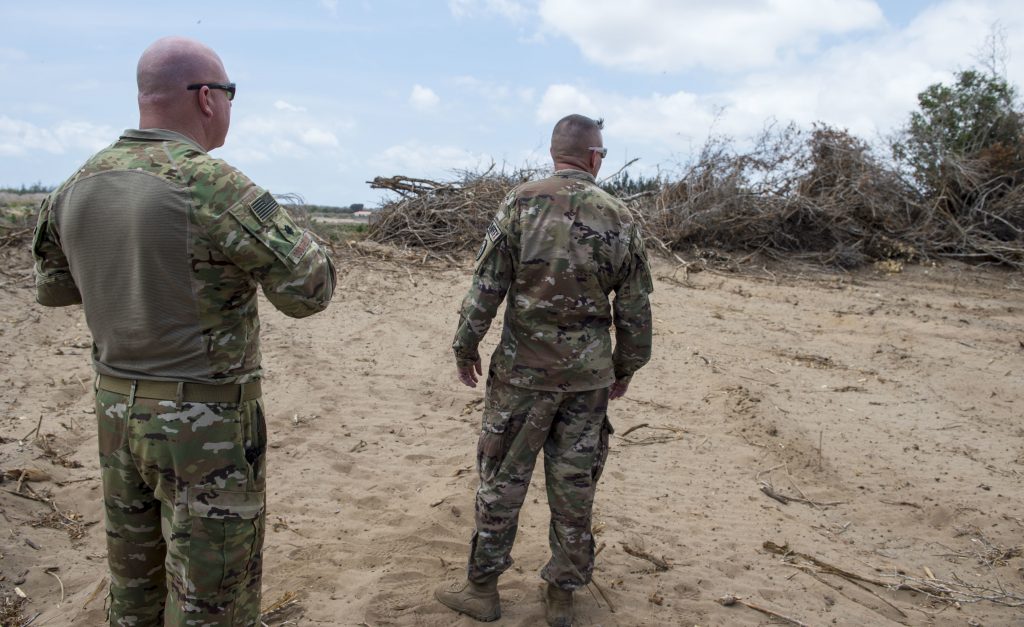 The al-Shabab terror group attacked a military base used by U.S. and Kenyan troops in coastal Kenya early Sunday, with U.S. aircraft and vehicles destroyed, Kenyan authorities said. Kenya’s military said the pre-dawn breach was repulsed and at least four attackers were killed.

A plume of black smoke rose above the base near the Somali border. Residents said a car bomb had exploded.

There was no report of U.S. or Kenyan deaths. The camp has under 100 U.S. personnel, according to Pentagon figures.

An internal Kenyan police report seen by The Associated Press said two fixed-wing aircraft, one U.S. and one Kenyan, were destroyed along with two U.S. helicopters and multiple U.S. vehicles at the Manda Bay military airstrip. The report said explosions were heard at around 5:30 a.m. from the direction of the airstrip. The scene, now secured, indicated that al-Shabab likely gained entry “to conduct targeted attacks,” the report said.

Al-Shabab, which is linked to al-Qaida, is based in neighboring Somalia and has launched a number of attacks in Kenya. The group has been the target of a growing number of U.S. airstrikes during President Donald Trump’s administration.

“The airstrip is safe,” the Kenyan military statement said. “Arising from the unsuccessful breach, a fire broke out affecting some of the fuel tanks located at the airstrip.” The Kenya Civil Aviation Authority said the airstrip was closed for all operations.

The attack comes just over a week after an al-Shabab truck bomb in Somalia’s capital killed at least 79 people and U.S. airstrikes killed seven al-Shabab fighters in response.

Last year al-Shabab attacked a U.S. military base inside Somalia. The extremist group has carried out multiple attacks against Kenyan troops in the past in retaliation for Kenya sending troops to Somalia to fight it. Al-Shabab also has attacked civilian targets in Kenya including buses, schools and shopping malls.

The early Sunday attack comes days after a U.S. airstrike killed Iran’s top military commander and Iran vowed retaliation, but al-Shabab is a Sunni Muslim group and there is no sign of links to Shiite Iran or proxies.

Analyst Rashid Abdi in Twitter posts discussing the attack said it had nothing to do with the tensions in the Middle East but added that Kenyan security services have long been worried that Iran was trying to cultivate ties with al-Shabab.

“Avowedly Wahhabist Al-Shabaab not natural ally of Shia Iran, hostile, even. But if Kenyan claims true, AS attack may have been well-timed to signal to Iran it is open for tactical alliances,” he wrote.

When asked whether the U.S. military was looking into any Iranian link to the attack, spokesman Karns said only that “al-Qaida has their own agenda and have made clear their desire to attack U.S. interests.”