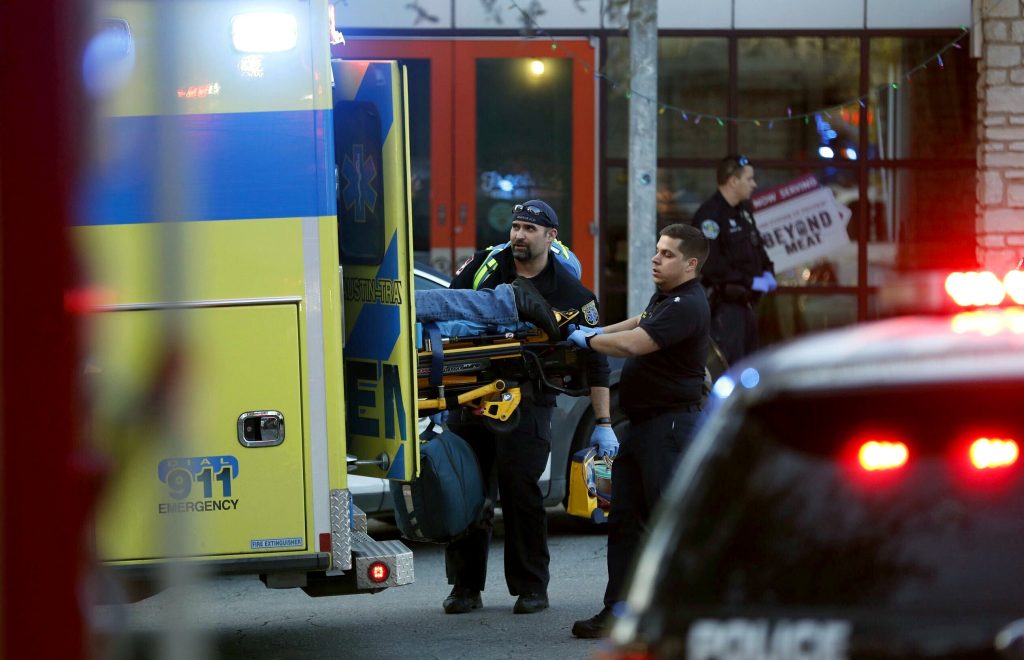 One person was killed, three others hurt and a suspect was in custody following a “stabbing incident” Friday morning in downtown Austin, police and emergency officials said.

Austin police said a suspect was in custody and that “no other known suspects are outstanding” but they did not immediately say whether the suspect was among the injured or what led to the stabbings.

Stacy Romine said she witnessed the attack while out to get her morning coffee and then saw the attacker leap head-first from the roof of a nearby building.

“There was nothing that provoked it,” Romine, 33, told The Associated Press. “This guy was not OK.”

Romine said the man was “obviously under the influence of something” when he hit an elderly man at a coffee shop off a retail plaza near the heart of the popular South Congress shopping corridor, about a mile south of the Texas Capitol.

A group of people tried to stop the attacker, and he struggled with them before eventually breaking free and running out of the building, Romine said. She said she never saw a knife.

After he ran out, Romine said she saw the attacker jump from the roof of a nearby building. He did not move after hitting the ground, she said. Police said the suspect was transported to the hospital and is still alive.

Police cordoned the retail plaza where the stabbing was reported around 8 a.m. during the typically congested morning commute.