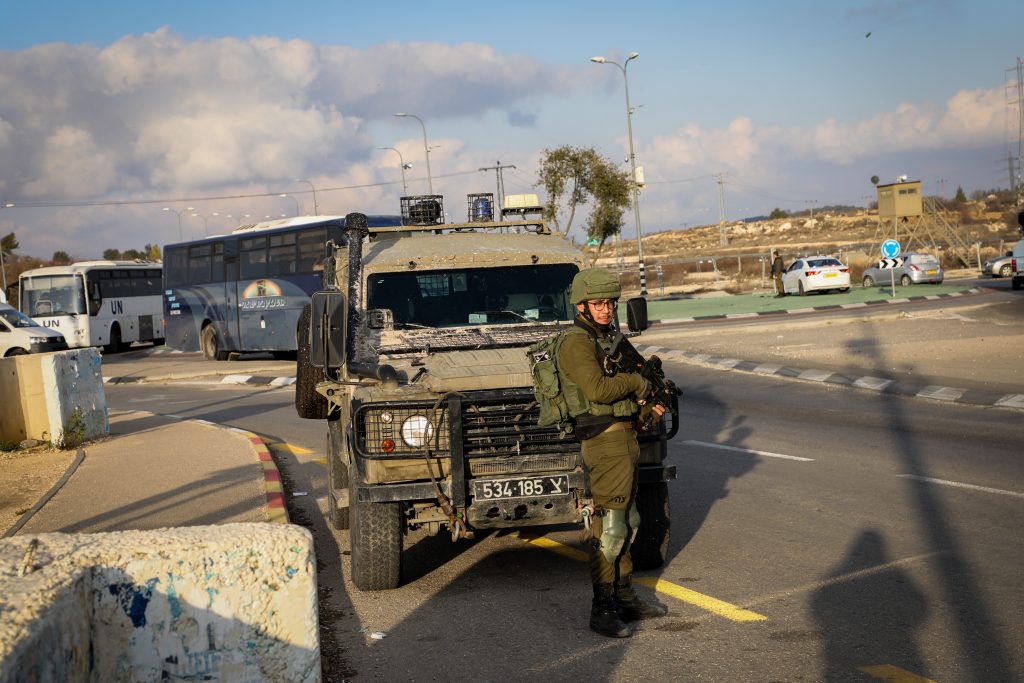 The troops fired at the Palestinian suspect, who was armed with a knife, and managed to neutralize him while preventing Israeli casualties, the army said.

The army later released a statement saying that its initial inquiry found that a soldier saw a man charging at him with a knife and shot the attacker in the leg in order to stop him without killing him.

Details on the terrorist’s condition were not immediately available.

The junction and nearby shopping area, which are used by both Israelis and Palestinians, have been the scenes of several deadly terror attacks in recent years.

In August, 19-year-old Dvir Sore, Hy”d, was walking from a bus stop at the junction toward nearby Migdal Oz when a Palestinian terrorist emerged from a passing vehicle and stabbed him to death.