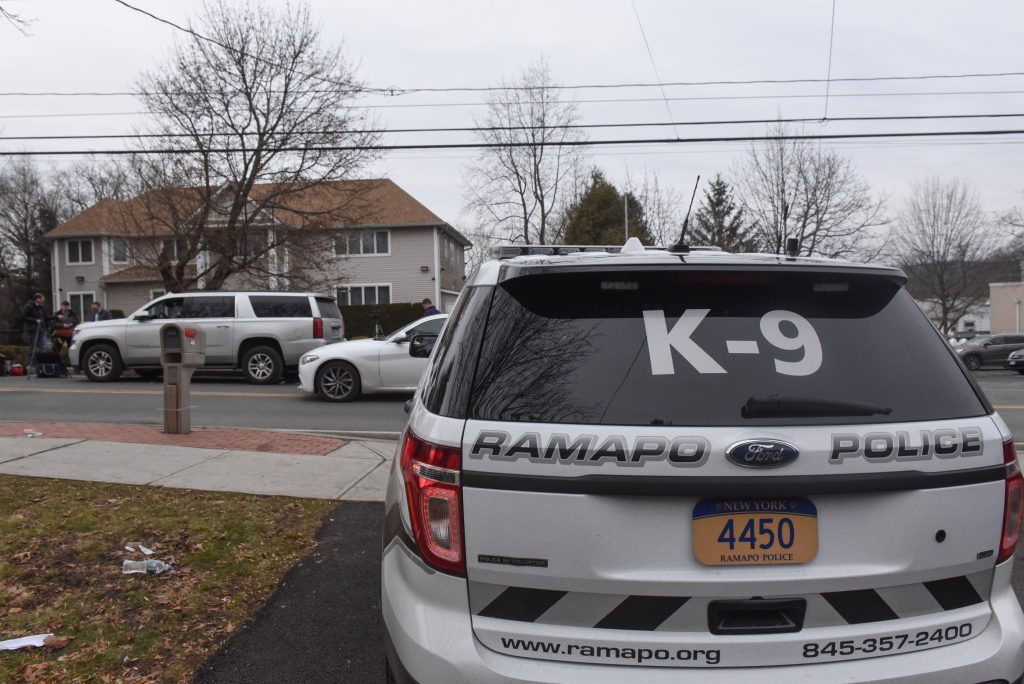 Grafton Thomas, the man accused of stabbing five people on Chanukah in Monsey, had been questioned by police in November after another stabbing attack on a Jew, Ramapo Police Chief Brad Weidel said Thursday, following media reports that Thomas is a suspect in the earlier incident.

Early on the morning of Nov. 20, Rabbi Mordechai Schlesinger, a Monsey Rebbi, was stabbed and suffered serious injuries as he walked to shul. After examining surveillance footage, Ramapo Police and the FBI believed that the assailant’s vehicle may have been a Honda Pilot.

A review of license-plate readers in the area showed that a Pilot was in the nearby town of Clarkstown two-and-a-half hours before the attack. The Pilot was registered to a woman in Greenwood Lake, a town in Orange County 30 miles from Clarkstown. Police interviewed both the woman and her son, Grafton Thomas, within two days of the attack, but there was no probable cause to make an arrest.

On Motzoei Shabbos Chanukah, a machete-armed man burst into the Monsey home of Harav Chaim Leibish Rottenberg during a Chanukah celebration, stabbing five people. The same night, Grafton Thomas was arrested in Manhattan by the NYPD – who found in his rented Nissan Sentra the machete believed used in that attack – and turned over to Ramapo Police.

Upon his arrest, Ramapo Police recognized Thomas as the man they had questioned following the November attack. They obtained a warrant to impound the Pilot, which is now being investigated for trace evidence, Weidel said at a press conference Thursday.

A source familiar with the investigation told Hamodia that police also found in the Sentra a second knife, with dried blood and hair, which is undergoing DNA testing.

Hamodia and other media outlets had previously reported that police were investigating whether Thomas was involved in the November attack, but Weidel’s statements Thursday were the first official confirmation.

Weidel said Thursday that he is “fully aware of the rumors, speculation, videos and news reports” about the case, but that the investigation is proceeding “judiciously, carefully, cautiously, following correct procedures.”

“I stand here tall and proud of our investigation division,” said the chief.

Addressing his initial refusal to call the November attack a hate crime, Weidel said, “I simply said we have no evidence to support that contention, and I made it very clear that if we got that evidence, that was certainly something that could change the equation.”

“I have to live in the legal world,” said the chief, “not the speculative world.”

Thomas has been charged with five counts of attempted murder, as well as federal hate crimes. Following his arrest, handwritten journals with anti-Semitic writing were found in his home, including views similar to those of the Black Hebrew Israelite movement, the same group believed to have inspired the deadly shooting attack last month at a kosher supermarket in Jersey City.

At the same press conference, Mrs. Nicky Kohen, daughter of Rabbi Yehosef Neumann, a victim of the Chanukah attack, called for “increased measures of security for all groups of people throughout New York State.”

Rabbi Hershel Horowitz, executive director of the Yeshiva Association of Rockland County, said that state and town police, and the county sheriff, will be increasing patrols in the area.

Ramapo Supervisor Michael Specht said the town will be adding license-plate readers to the town’s entrances and exits, as well as improved lighting and cameras – and said these will only be used for crime prevention, not for traffic tickets.

Rabbi Schlesinger is still seriously injured, and has not yet regained sight in an eye that was stabbed. Rabbi Neumann remains in critical condition. Readers are asked to continue davening for the refuah sheleimah of Mordechai ben Bracha and Yehosef ben Perel, besoch she’ar cholei Yisrael.