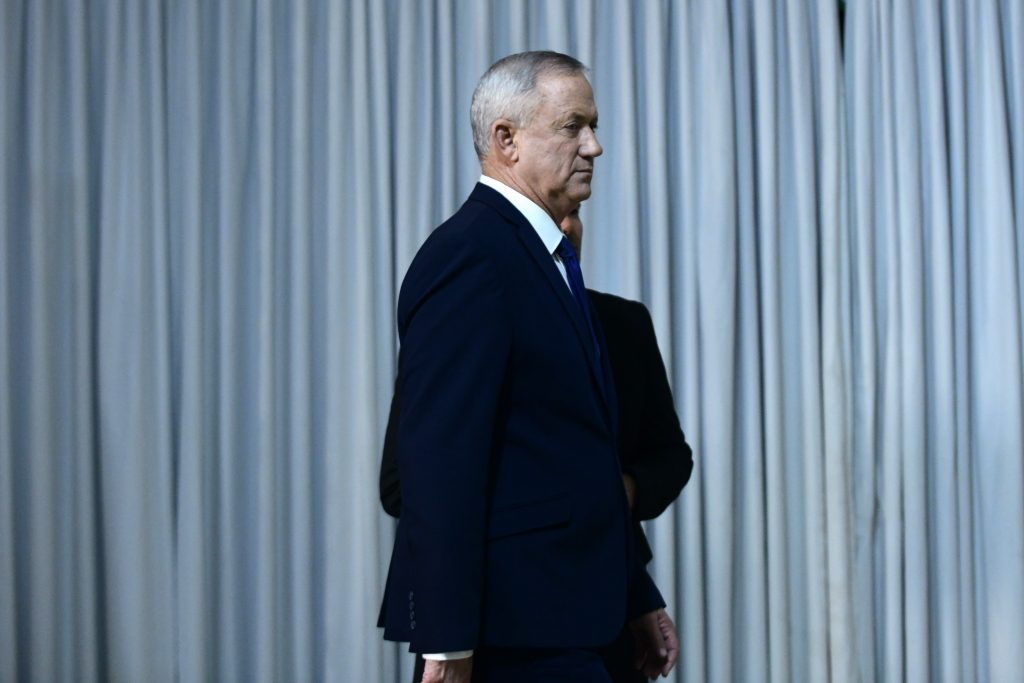 Blue and White party leader Benny Gantz was listening to Prime Minister Binyamin Netanyahu‏‏’s speech on Wednesday night, and didn’t like what he heard, especially when his own name was mentioned.

Arguing that he has been singled out unfairly by the law enforcement establishment, PM Netanyahu said:

“There are people who committed grave offenses but have automatic immunity for life. They are simply on the correct side of the media and the left. Benny Gantz — who took 50 million shekels [$14.5 million] of public money without a tender and pocketed 4 million shekels [$1.16 million] — hasn’t even been investigated.”

Gantz hit back after the speech, strongly hinting he will take legal action: “Everything Netanyahu said in that regard is an utter lie that will be dealt with separately, using the tools that are at my disposal according to the law in the State of Israel,” Gantz said.

“I have never broken the law, I will never break the law, and I will deal — in the framework of the law — with this completely baseless lie.”

State prosecutors in November reviewed evidence of a criminal offense by the Fifth Dimension tech firm, which was owned by Gantz and went bankrupt last year.

Gantz was not charged, and the Attorney General’s Office said that he was not under suspicion even though the investigation of the company has not been closed. Thus, Gantz might have grounds for a libel suit.