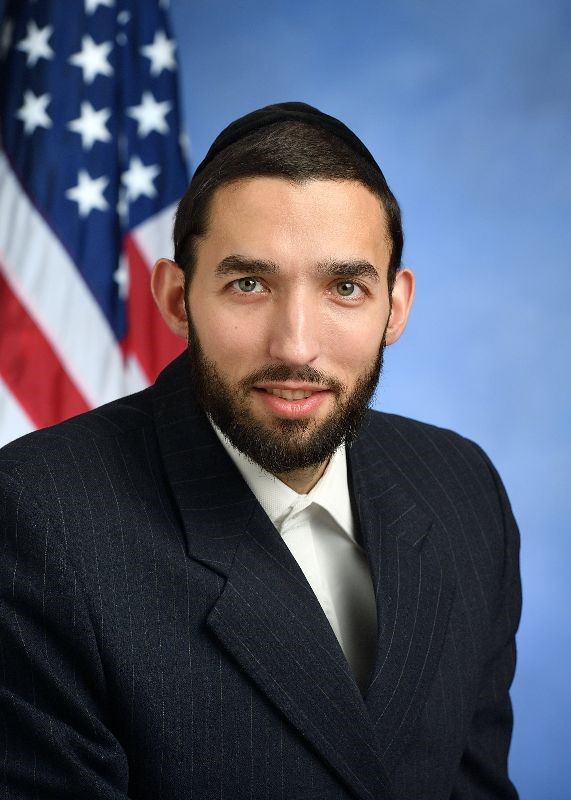 Assemblyman Simcha Eichenstein, who represents the Boro Park and Midwood communities in the 48th Assembly District in the New York State Assembly, proposed new legislation on January 2 that would include hate crimes as qualifying offenses for which a judge will have discretion setting bail. The rationale for this new legislation is on the grounds that those who commit hate crimes are individuals who harbor irrational and harmful hate and are more likely to be repeat offenders.

“I fear that the trend of criminals who commit heinous, violent crimes being released onto the streets without bail could become the new normal in New York unless we rectify the law to consider perpetrators of hate crimes in a separate category, to be arraigned under the previous system of pretrial monetary bail or pending a judge’s discretion,” said Assemblyman Eichenstein. “Recent events have proven that those who commit hate crimes constitute a category of their own. Their crimes are fueled by an inner hateful passion that is often irrational, uncompromising, and unstoppable.”

In March of 2019, New York passed wide-ranging bail reform legislation that strictly curtails the use of cash bail and pre-trial detention for many offenders. That legislation went into effect on January 1, 2020 and has already been implemented in many cases. The legislation was passed by lawmakers in an effort to update and reform bail laws that have been in effect since 1971, and is meant to improve a system of criminal justice that is considered unfair to offenders accused of misdemeanors and nonviolent felonies. Many of these offenders did not have the means to post bail, and were destined to sit in prison while awaiting trial.

Assemblyman Eichenstein continued, “It has been a difficult few weeks for many of us in New York, and our elected officials, by and large, have effectively called out the hate and expressed solidarity. Now it’s time for us to put words into action and ensure individuals fueled by hate are not granted an immediate opportunity to strike again. For the sake of the victims and for all New Yorkers, let’s safeguard all our communities by including hate crimes in the list of offenses for which a judge has the discretion of setting bail.”

Federal hate crime data released last month by the FBI indicates that, once again in 2018, the Jewish community was more likely to be the target of hate crimes than any other religious group. Of crimes motivated by religious bias, most of the incidents, 57.8%, were anti-Jewish, according to the FBI.