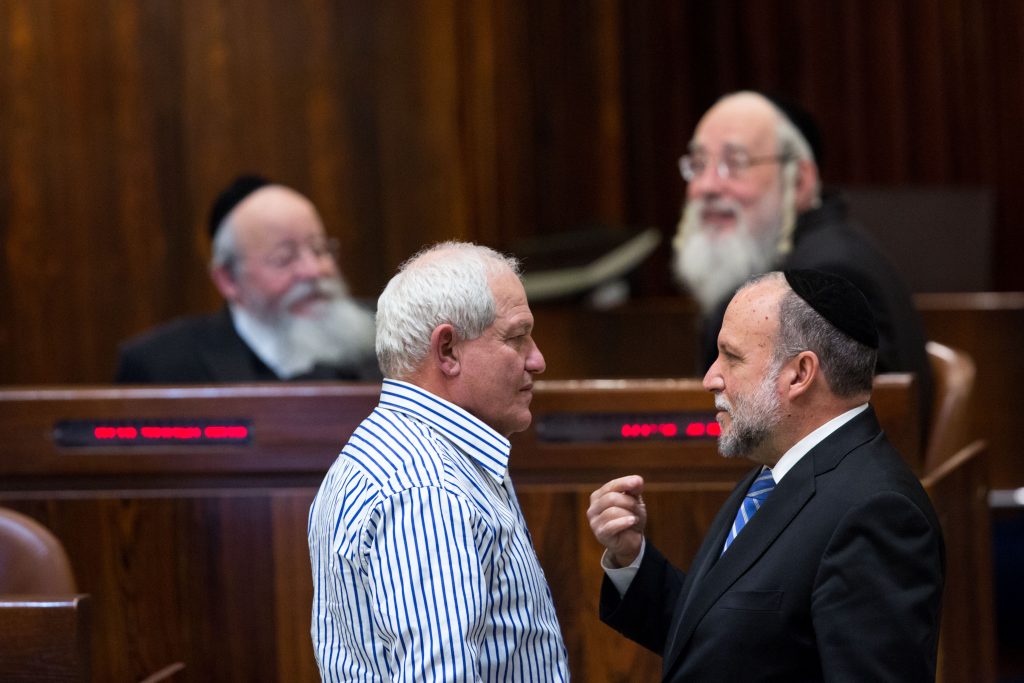 Shas has asked Prime Minister Binyamin Netanyahu to appoint Deputy Finance Minister Yitzchak Cohen as housing minister, and Deputy Education Minister Meshulam Nahari to a full minister. Netanyahu is set to appoint new ministers at Sunday’s Cabinet meeting. If Netanyahu does not make those appointments now, Shas will ask that the two be given ministries if and when a new Netanyahu-led government is formed after the March elections.

Under Israeli election laws, a prime minister under indictment or on trial for corruption charges does not have to resign his office – but that rule does not apply to other ministers. Netanyahu on Wednesday resigned three ministry posts he has been holding – Welfare, Agriculture and Diaspora Affairs – and said he would appoint replacements in the coming days, pending the approval of the Cabinet. Likud officials told Channel 12 that of the three posts, two would go to Likud MKs, and one to Shas.

Netanyahu was also health minister, although the day-to-day running of the Ministry was in the hands of then-Deputy Health Minister Rabbi Yaakov Litzman (United Torah Jewry). With the resignation of Netanyahu, Rabbi Litzman was appointed minister – the second time he has held that post in recent years.

Channel 12 said that Shas had elected not to take the Welfare Ministry, which is in charge of approving Shabbos work permits for projects such as the Tel Aviv light rail. The main contenders for the Agriculture and Welfare Ministries are Likud MKs Nir Barkat and Tzippy Hotovely.