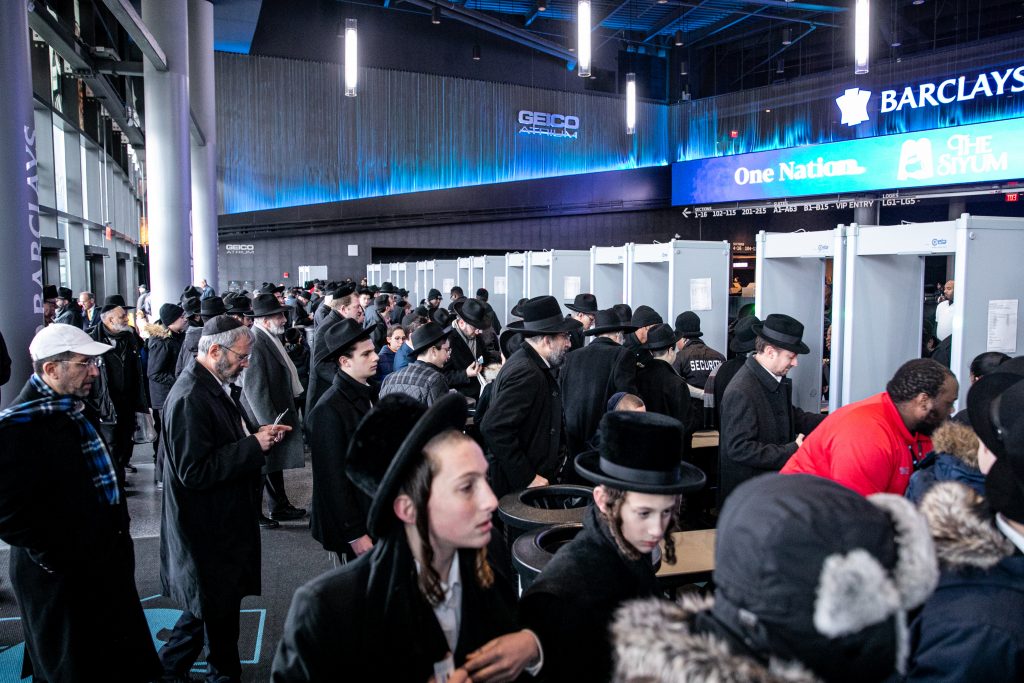 Fourteen thousand people participated in a Siyum HaShas at Barclays Center in Brooklyn, in addition to the 90,000 at the main Siyum venue, MetLife Stadium in East Rutherford, N.J. Much of the program was livestreamed from MetLife Stadium, but Barcalys had a number of unique speakers.

Barclays also had its own live musical entertainment, directed by Gershy Moskowits Productions, featuring singers Yisroel Werdyger, Sheya Berko and Shloimy Taussig, along with the Yedidim Choir conducted by Yanky Orlansky, and with Yaakov Zeines on keyboard.

Photos by Hillel Lichtenstein and Avrumi Blum for Agudath Israel.