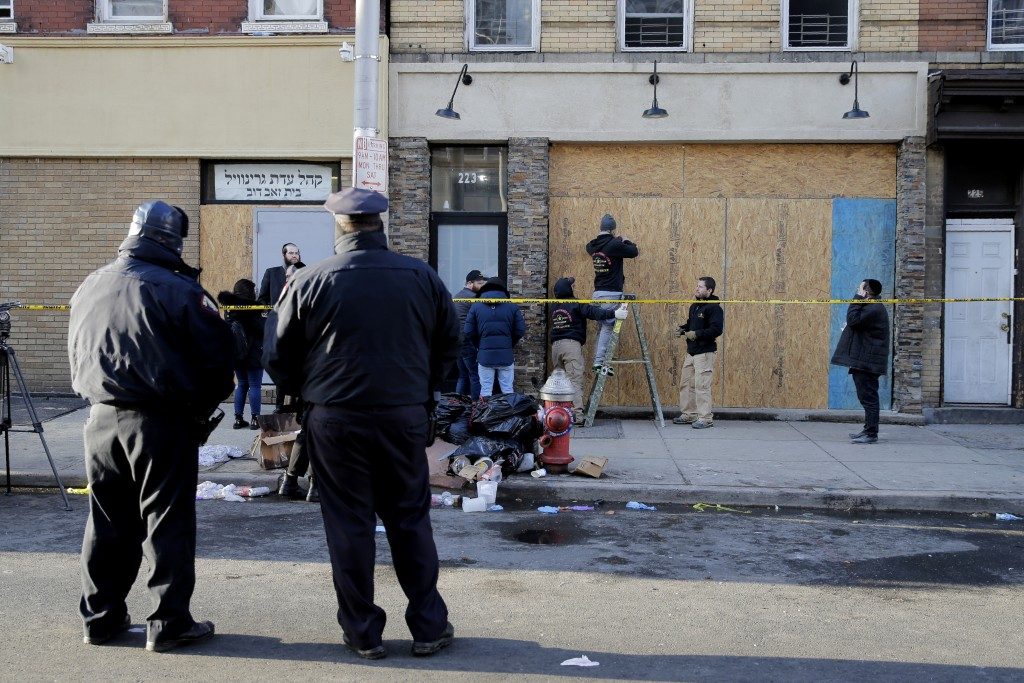 Har Nof. Pittsburgh. Poway. Jersey City – and now, Monsey. I’ve become familiar with the sinking feeling. The emotional shock, the inconceivable grief, followed by the natural burst of questions which you know will never be answered. Why? How? And then, most dauntingly, what now?

The questions have become supranormal, answerable only by He who comprehends that which no mortal can. And yet … we have to do something. A fellow Rabbi called with a suggestion after the Jersey City attack which took place December 10: Perhaps we should insist on implementing security measures at all kosher supermarkets. Philosophy aside, I was quick to declare the suggestion irrelevant. Here, in the wonderful community of Cincinnati, Ohio, our kosher supermarket is located in a certain township in New Jersey (zip code 08701). Lucky for us, they deliver. But, turning to the philosophy of the matter, I am convinced that additional security is not the solution. To submit to a strategy of perennially trailing behind the devil, retroactively responding to his every murderous endeavor, is to essentially declare defeat. Oh no, the time has come to be proactive. And if that means taking a more spiritual approach, so be it. Allow me to share with you a Shem MiShmuel which I found to be tremendously impactful. I think you will too.

In Parashas Vayishlach, we read of the epic showdown between Yaakov and Esav, an encounter that carried eternal implications and an everlasting message. The Midrash writes that when Esav approached Yaakov, he lunged forward, seeking to viciously bite his brother’s neck. But Yaakov’s neck was transformed into a “tzavar shel shayish — a neck of marble,” making it invincible against his brother’s brutal attack. The Shem MiShmuel sees in this a message of timeless profundity. Yaakov’s neck turned into marble, a material which cannot be mekabel tumah. It wasn’t merely the physical bite that Yaakov was protected from, it was the spiritual one. A neck made of marble cannot be mekabel tumah, and is thus protected from the venomous impurity personified by Esav. The Shem MiShmuel explains that Yaakov merited this protection specifically because he prioritized the spiritual danger that Esav presented over the physical one. “Hatzileini na mi’yad achi, mi’yad Esav — Save me from my brother, save me from Esav.” Yaakov knew that the real danger lies in the Esav that approaches in the guise of a loving, caring brother, the one who puts his arm around your shoulder, and tells you that his best friends are Jewish. He therefore prayed first to be saved “Mi’yad achi” — from the hands of my brother. Only afterward did Yaakov consider Esav’s physical threat, and prayed for protection from the Esav of pogroms, of Holocausts, and of Jersey City supermarkets.

Through Yaakov’s recognition that Esav is first and foremost a spiritual nemesis, he merited the tzavar shel shayish — the ultimate security and salvation. So what can we do? How can we, in the 21st century, posed with threats we never thought possible in the Land of the Free, create our own tzavar shel shayish — a barrier of security that will be virtually impenetrable?

I know what you’re expecting. A lengthy castigation on the ills of social media, a soliloquy of horror stories about the internet. Well, maybe some other time. Today, I’d like to focus on the positive. I wish to offer two ideas. The first is about the invaluable importance of a chevrah. A member of our shul confided with me that the long hours he spends in an entirely secular setting pose a challenge that is essentially insurmountable. So how does he survive? “Night seder,” was his response. No, not the actual learning. Just being there. Just having the opportunity to be in the presence of friends, of true acheinu bnei Yisrael, can serve as the greatest protection against the sinister, feigned, achi of Esav. So, don’t underestimate the value of your shul’s melaveh malkah, kumzitz, or Chanukah party. For many, the mere being there, allowing for the bonding of true brother-to-brother, Yaakov-to-Yaakov, can serve as the greatest tzavar shel shayish, casting a halo of protection against so much unknown evil.

The second idea is about Shabbos. We often think of Shabbos in terms of hilchos Shabbos. But halachah is only half the battle. Shabbos is referred to by Chazal as the “Nachlas Yaakov — the Inheritance of Yaakov.” Shabbos serves as a temporal oasis of kedushah, a pocket in time where Yaakov reigns, and no Esav exists. But it’s up to us to ensure that it stays that way. We can all work harder to make our Shabbos table that much holier, that much more elevated. There are, baruch Hashem, no shortage of publications, appropriate for all ages, replete with divrei Torah, mussar, and sippurei tzaddikim. This is the true Nachlas Yaakov. The more we emphasize it, protecting the sublime nature that Shabbos deserves, the stronger our tzavar shel shayish will become.

In this final stage of Galus Edom, the chevlei Moshiach have reached unbearable intensity. May Hashem looked down on his heiliger kinderlach, doing their utmost to retain the kedushah of our Zeida Yaakov, and grant us the ultimate Geulah, bimheirah b’yameinu.