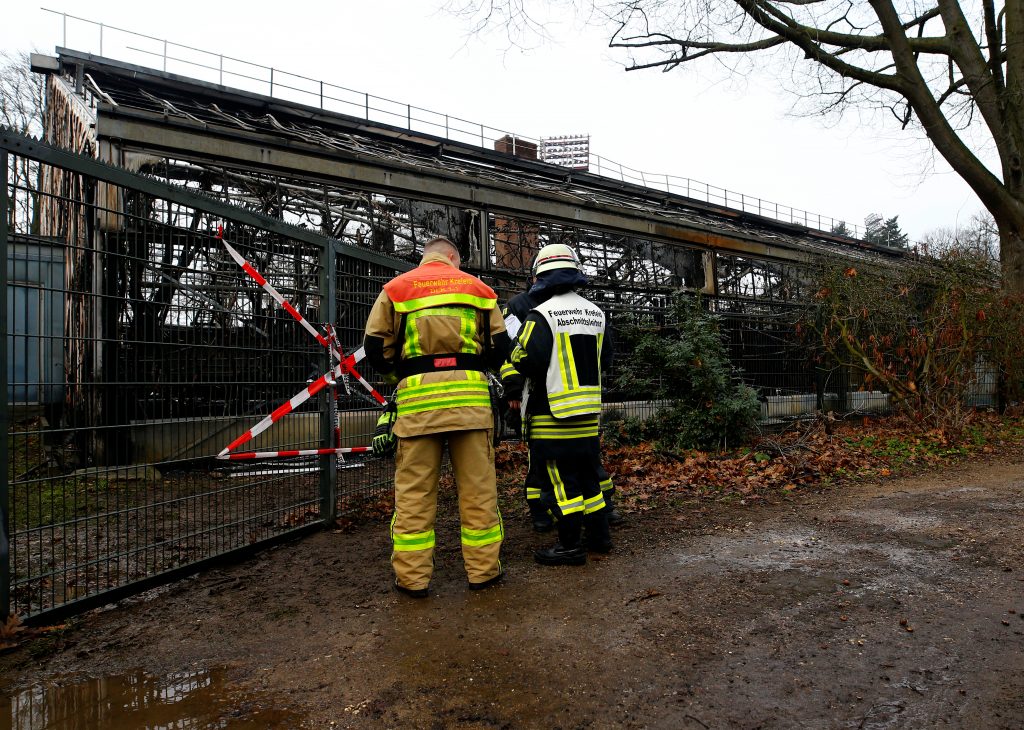 A fire at a zoo in western Germany in the first minutes of 2020 killed more than 30 animals, including apes, monkeys, bats and birds, authorities said. The fire is thought to have been caused by sky lanterns, a sort of hot-air balloon made of paper.

Police and firefighters received the first emergency calls at 12:38 a.m.

The zoo near the Dutch border said that the entire ape house burned down and more than 30 animals, including five orangutans, two gorillas, a chimpanzee and several monkeys, as well as fruit bats and birds, were killed.

The zoo director also said than many of the dead animals were close to extinction in the wild.

The Krefeld zoo was opened in 1975 and attracts some 400,000 visitors each year. It will remain closed on Wednesday.