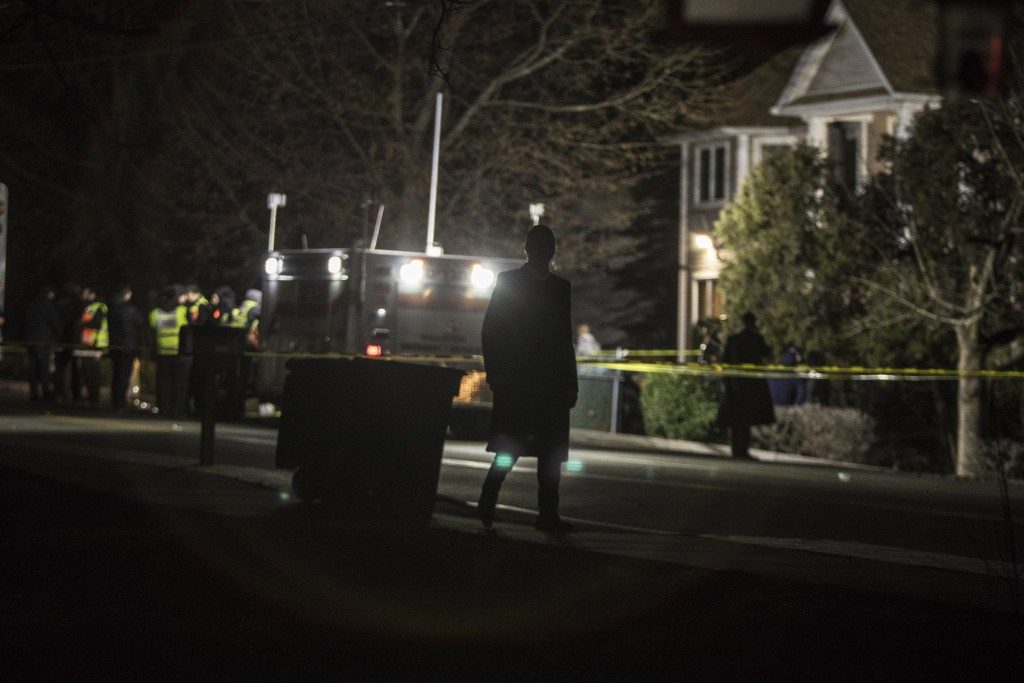 When my children were younger, I often told my boys to wear a yarmulke outside instead of a baseball cap. I would say, “Unless you plan on making a chillul Hashem, be proud to wear your yarmulke.”

Over the years, I also recall ribbing my Swiss relatives for not venturing out without wearing caps, despite their obvious Orthodox Jewish appearance. The sight of both Litvish and Chassidish boys wearing Swiss caps over their peyos made me — a bumptious American — exasperated over their seeming timidity.

This past week, on the seventh night of Chanukah, I seem to have lost some of that bravado. Even before the horrific Monsey massacre, the frightening spate of violent anti-Semitic assaults in New York City gave me pause to rethink the boldness that came so naturally to one who grew up in an America which ostensibly knew no prejudice.

Whereas before I would not have thought twice about my son taking the New York City subway by himself or with friends, I suddenly have qualms about him getting on that train with a yarmulke on his head and tzitzis hanging down. And while my “inner Jew” says to stay proud and not surrender to that baseball cap, my “inner mother” is afraid.

What is most frightening about the surge of brutal attacks on identifiable Jewish targets in the greater New York area is the fact that they are being allowed to happen. Over the last few years, there has been no rush to condemn the perpetrators and no urgency to tackle this growing problem, especially by political leaders responsible for protecting their citizens. Incident upon violent incident against Jews in Brooklyn has led to even more violent incidents in New Jersey and Monsey.

Orthodox Jews now walk the streets with a bullseye on their backs because political leaders in this city and state treat the felons who terrorize them as if they posed no greater threat than a criminal jumping a turnstile. A string of at least nine anti-Semitic attacks in less than a week before and during Chanukah finally forced Mayor de Blasio to pledge increased police protection in Brooklyn last week and tweet, “Hate doesn’t have a home in our city.”

But de Blasio’s lack of preventative policies before this recent avalanche of hostilities belie genuine concern. And the policies that he does enact regarding criminal justice reform contradict his intent. Take bail reform, which releases thousands of suspected offenders onto the streets, including those who assaulted and harassed Jewish women last week in Crown Heights and Gravesend, Brooklyn.

Worse, New York City, run by mostly liberal and leftist elected officials, knows on which side its political machine is buttered. And if a narrative of anti-Semitism being perpetrated by “white nationalist Trump supporters” in New York City doesn’t exist, then those officials conveniently invent one. Because if leftist Democrats are forced to identify the anti-Semitic elephant in the room as belonging to the broad swath of intersectional minority victims they created — rather than privileged white males — their story falls apart.

On the very night of the horrific Chanukah stabbing in Monsey, before the blood was wiped away, both de Blasio and Governor Cuomo rushed to condemn the attack. Late Saturday night, de Blasio tweeted, “We cannot overstate the fear people are feeling right now. I’ve spoken to long-time friends who, for the first time in their lives, are fearful to show outward signs of their Jewish faith.” Yet, the very next morning, after the arrest of Grafton Thomas, an African-American, de Blasio blamed the “white supremacist forces.” And he said, “some of the most hateful speech is emanating from Washington, D.C.,” accusing President Trump, the best friend in the White House the Jewish people ever had, of having a hand in New York’s hate crimes.

Cuomo, too, who is to be commended for calling the Monsey attack an “act of domestic terrorism” on Saturday night, downplayed the anti-Semitic aspect of the “pattern of hate” the very next day. And he diminished the enormous uptick in anti-Semitic hate crimes, which have increased by 18% this year and make up more than half of the city’s reported hate crimes, by lumping them together with “attacks against African-Americans, Latinos, [and other minorities].” Cuomo also blamed Trump for “demonizing Democrats” and acting to “foment that hate.”

One cannot but compare the “acts of domestic terrorism” against Orthodox Jews in New York today to the terrorism that Israeli or European Jews have confronted for so many years — on the streets, in stores, in shuls. But terrorists in Israel, and to a lesser degree in Europe, are identified for who they are. That same sort of identification is needed here.

If a crime is to be stopped and criminals apprehended, the offense needs to be acknowledged and the guilty labeled. Obfuscation to fit a political narrative denotes connivance with both the crime and the criminal.

Anti-Semites are not a monolithic lot. They spring from the right and the left, and they are abetted and encouraged by both sides. Pittsburgh and Poway showed America one type of Jew hater. New York and New Jersey showed another. And one is not more or less evil than the other.

Orthodox Jews are now suffering from shock and fear. But it need not continue. We Orthodox Jews can help end the assaults on our community by insisting that political officials do the job we elected them to do. Vigilance might be the new norm, but living in America while looking over one’s shoulder should not be.