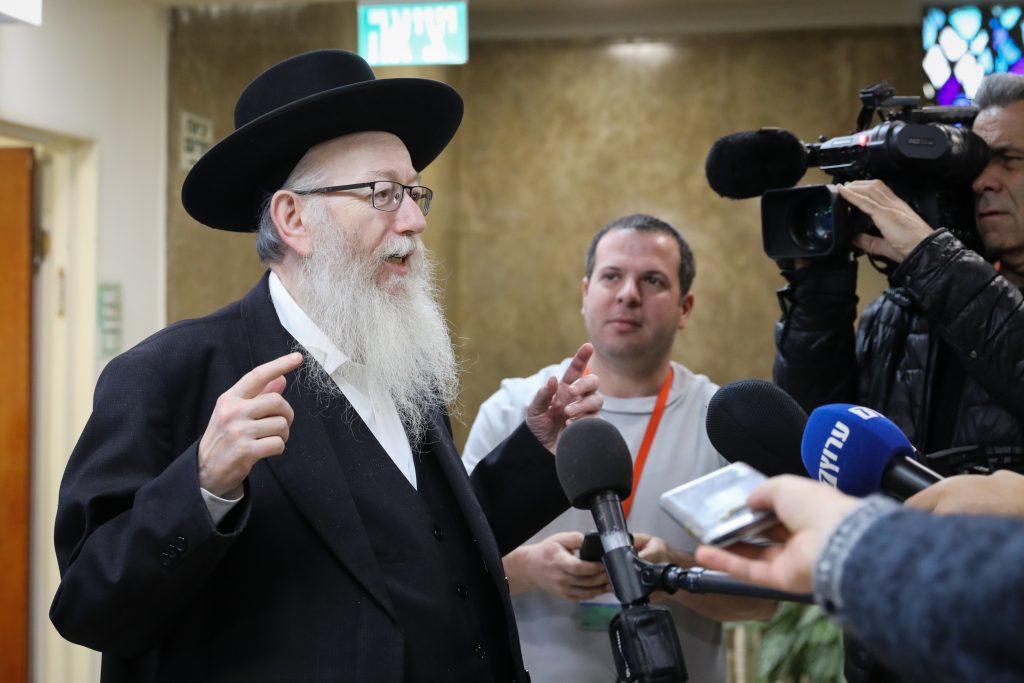 Health Minister Rabbi Yaakov Litzman said on Tuesday that he is weighing imposition of sanctions on anyone who refuses to get vaccinated, Channel 12 reported.

“We are in the middle of a serious flu epidemic,” he said. “There’s no government and no Knesset; we can’t legislate,” adding that the country underwent a severe outbreak of measles last summer as well.

“It could be that we will have to take away government entitlements from a person who refuses to be vaccinated. We have to do something,” he warned.

Overall, however, the public response to the ministry’s call for people to get flu shots has been good, and Rabbi Litzman commended them for it. After a slow start, he noted, that we “are happy to see the public heeding every word.”

Over 1.8 million Israelis have been vaccinated, depleting the vaccination stockpiles at the health care centers. More are on the way, ministry officials say.