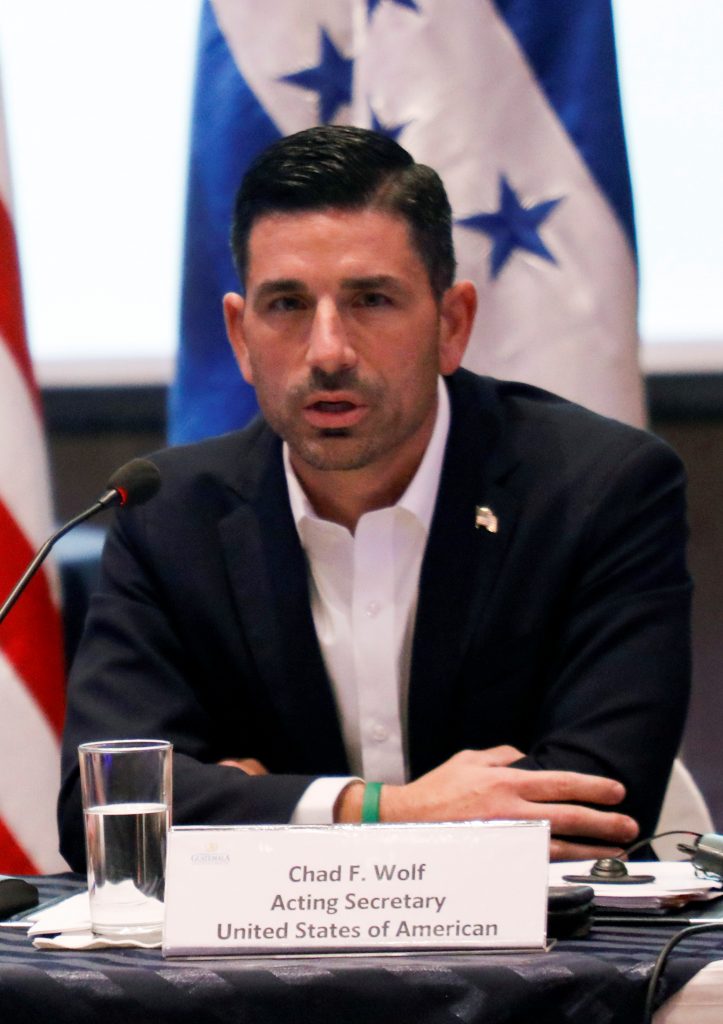 The acting secretary of Homeland Security is taking aim at new laws in New York and New Jersey that allow immigrants to get driver’s licenses without proof they are in the U.S. legally, and restrict data sharing with federal authorities.

Chad Wolf sent a memo Tuesday to all the components of Homeland Security, which include U.S. Customs and Border Protection, the Coast Guard and the Transportation Security Administration, requesting a department-wide study on how the laws affect its enforcement efforts.

New York’s law went into effect earlier this month and migrants lined up to get documents. It is the 13th state to authorize licenses for drivers without legal immigration status. New Jersey lawmakers passed a similar bill in December.

New York’s Democratic Gov. Andrew Cuomo and New York City’s Democratic Mayor Bill de Blasio are frequent thorns in the side of the Trump administration’s efforts to restrict immigration. New York City is home to an estimated 500,000 immigrants in the country illegally.

The laws prohibit state Department of Motor Vehicles officials from providing data to agencies that enforce immigration law unless a judge orders it. New York cut off database access to at least three federal agencies last week when the law went into effect.

Wolf said in his memo, obtained by The Associated Press, that the department must be “prepared to deal with and counter these impacts as we protect the homeland.”

An estimated 265,000 immigrants without legal documents were expected to get driver’s licenses within three years, more than half of them in New York City, according to the Fiscal Policy Institute.

Applicants must still get a permit and pass a road test to qualify for a “standard driver’s license,” which cannot be used for federal purposes like an enhanced driver’s license or Real ID.

Wolf’s directive asks that each agency survey what DMV information is already available, how it is used in day-to-day operations, and what are the security consequences without the data.

“The Trump administration takes the mission of protecting the Homeland very seriously,” said DHS spokeswoman Heather Swift. She said the laws were short-sighted and unsafe and skirt immigration laws on the books for decades. “These types of laws make it easier for terrorists and criminals to obtain fraudulent documents,” she said.

New York authorities and other state officials say the laws are meant to lower the number of uninsured people, improve traffic safety and allow for better opportunity for work.