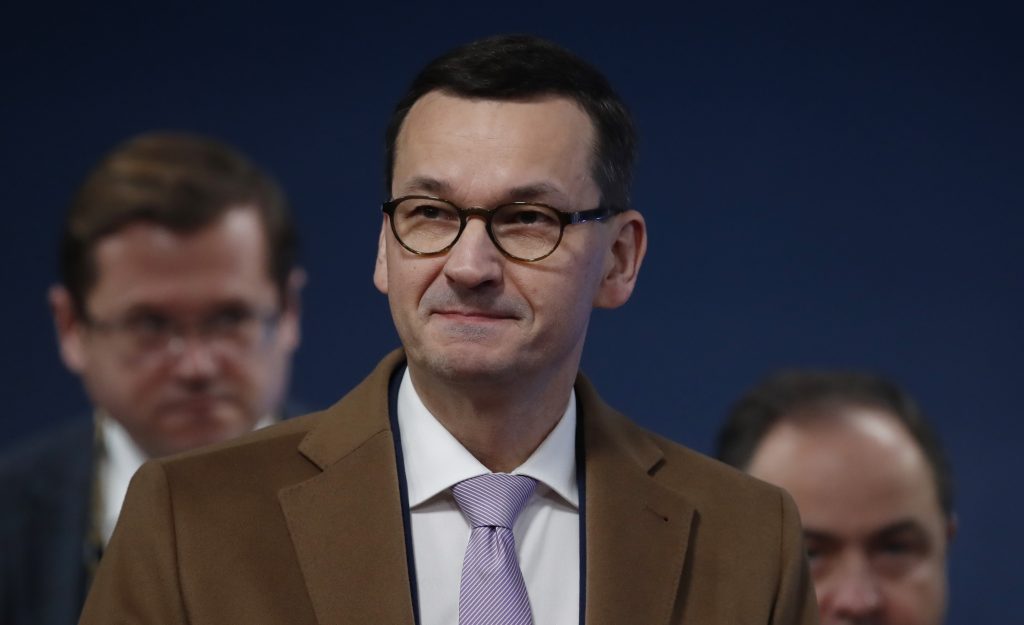 The U.S. ambassador in Warsaw came to Poland’s defense on Monday following repeated claims by Russian President Vladimir Putin that Poland bears blame for the outbreak of World War II.

“Dear President Putin, Hitler and Stalin colluded to start WWII. That is a fact. Poland was a victim of this horrible conflict,” Ambassador Georgette Mosbacher said on Twitter in English and Polish — though not in Russian.

World War II began on Sept. 1, 1939, when Nazi German troops invaded Poland. Two weeks later, the Soviet Red Army invaded from the east, in what Poles still call a “stab in the back.” The dual occupation came days after the Nazi and Soviet regimes had signed a pact with a secret protocol to carve up Poland and the Baltic states. Some six million Polish citizens were killed in the war, with Poland putting up resistance throughout.

Recently Putin has been arguing that the collusion of Western powers with Adolf Hitler paved the way for World War II. He has singled out Poland in particular, casting it as an anti-Semitic country that welcomed Hitler’s plans to destroy Europe’s Jews, Hy”d.

Poland’s Prime Minister Mateusz Morawiecki protested Putin’s words on Sunday, saying they are deliberate “lies” and arguing that Putin is trying to deflect attention from recent political failures by Russia.

The relationship between Russia and Poland has been tense since Poland threw off Moscow-controlled communist rule 30 years ago and began moving closer to the West. Poland has since joined NATO, the European Union and has cultivated a close alliance with the United States.

Poland has also been making efforts to reduce its dependence on Russian gas and oil and has vocally opposed Nord Stream 2, a Russian-German gas pipeline under construction that will transport Russian gas to Western Europe, bypassing Poland and Ukraine.