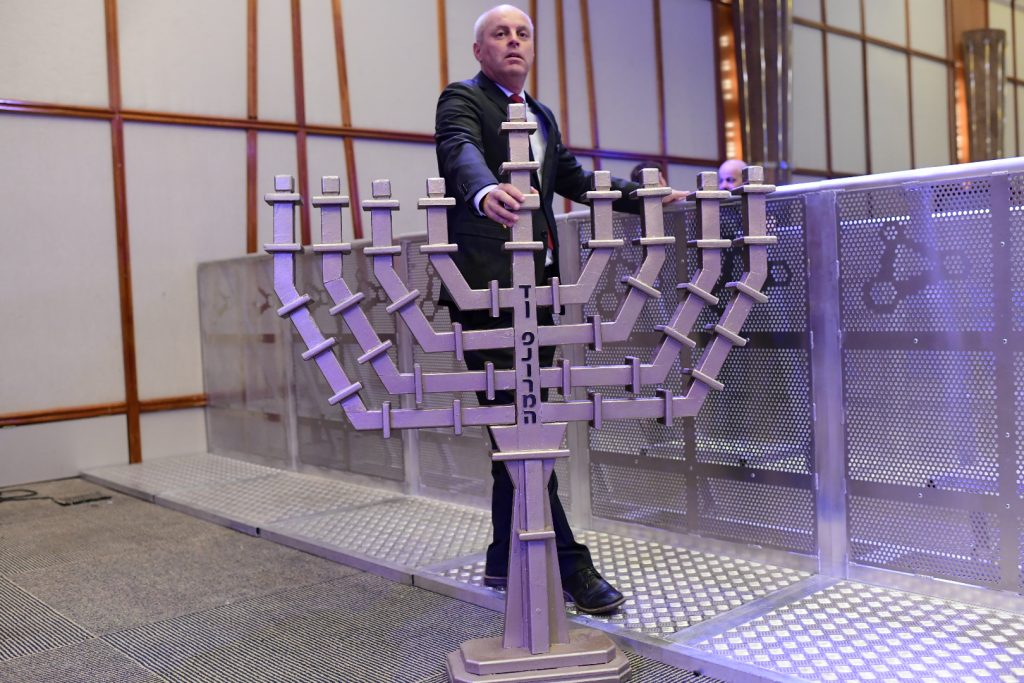 Although it doesn’t take a political stand, the Israel Pilots Union had some criticism Monday of a speech Prime Minister Binyamin Netanyahu made Sunday night. “We are experts on airplane cockpits, and on all flights of 13 or more hours there are indeed four pilots in the cockpit.” Besides a pilot and co-pilot, there is a first officer and another officer, all of whom are capable of flying the plane in case of need, the Union said.

The criticism came in response to comments by Netanyahu at a celebratory lighting of the eight Chanukah candles in Tel Aviv. In a jovial mood, Netanyahu slammed his Blue and White rivals, saying, “In all the flights I have ever taken I have never seen an airplane cockpit that has four pilots,” referring to the four principals of Blue and White – Benny Gantz, Yair Lapid, Moshe Yaalon and Gabi Ashkenazi, three of them former IDF Chiefs of Staff.

“Enough of this nonsense. To make any decision, this one has to talk to Benny, the other has to talk to Yair, the third has to clear it with Gabi, and the fourth with Moshe. This one moves the control to the right, the other to the left.”

It was enough to give one a headache, Netanyahu said, “and I wanted to take an Advil. But maybe erase that comment – it might sound like I did an ad for Advil and maybe they will open another investigation against me, Case 900,000.”

In response to Netanyahu’s comments on the cockpit, Gantz said on social media that while the prime minister may never have seen a fully staffed airplane, “I have never seen a prime minister with three indictments pending against him.”