Politics Bernie Sanders Staffers Complain About the Campaign’s Use of Amazon, a Frequent Sanders Target
Politics 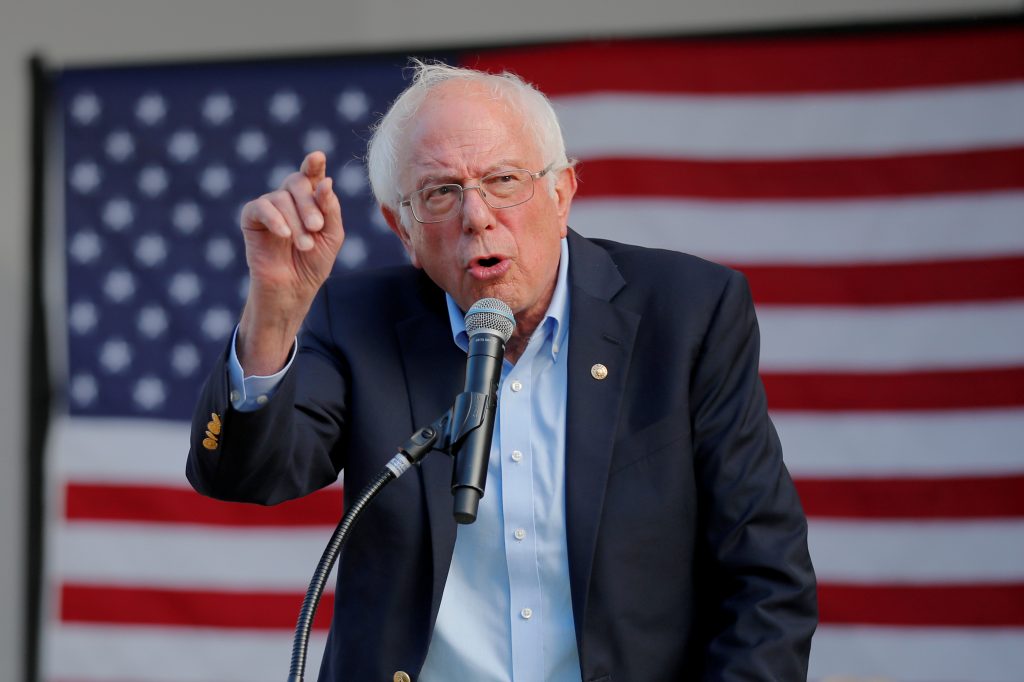 Sen. Bernie Sanders frequently attacks Amazon on the campaign trail, vowing to break up the online retail giant if elected, denouncing its treatment of workers and decrying its ability to pay no federal taxes on billions in profits.

That’s why impassioned dissent erupted within the Sanders campaign earlier this year over its purchases of large amounts of supplies through Amazon, according to five people with knowledge of the situation. Carli Stevenson, then a senior Sanders campaign aide in New Hampshire, raised concerns directly with national campaign officials and suggested using a different company, three of the people said.

Another New Hampshire staffer, state political director William Bateson, also voiced opposition to using Amazon, according to two of the people with knowledge of the situation. Stevenson and Bateson declined to comment for this story.

The Sanders campaign continued using Amazon despite the concerns. Through September, it had spent more than $233,000 on Amazon purchases – much of it in office supplies, and often through Amazon’s Marketplace feature – a review of campaign finance records shows.

The Washington Post is owned by Jeff Bezos, Amazon’s founder and chief executive, but the newsroom staff operates with independence in its coverage.

The campaign’s spending on Amazon is a small fraction of the more than $40 million it shelled out on operating expenditures during the same period. But it was more than other campaigns spent on the company, and more than enough to prompt surprise and complaints from staffers who felt it conflicted with the campaign’s principles.

These internal protests drew a response from a senior Sanders campaign official, who said the alternatives to Amazon also had ethical issues.

“I hear you on amazon but who is the paragon of virtue in … office supplies?” wrote senior Sanders adviser Jeff Weaver in an email over the summer, according to a person who saw the email and described it to The Washington Post. “I hear Uline is terrible. Can’t believe staples is a great company but happy to shown I’m wrong.”

Uline, a packing supplies company, was founded by Dick and Liz Uihlein, who are top Republican donors. The private equity firm Sycamore Partners bought Staples in 2017.

Weaver did not respond to multiple requests for comment. The people with knowledge of the internal situation spoke on the condition of anonymity out of fear of retribution.

An Amazon representative declined to comment on Sanders’s remarks about the company, pointing to tweets the company previously issued defending its tax structure and highlighting a worker training program.

In a statement, Sanders campaign spokesman Mike Casca said, “We agree that too few companies have too much power over our economy and our media in America and they often don’t pay their fair share of taxes, which is why a Sanders administration will take them on.”

He declined to answer questions on why the campaign opted to use Amazon, whether Sanders, I-Vt., was aware of the campaign’s purchasing practices and whether it was still using the retailer.

These internal disputes, which have not been previously reported, underline a basic tension in the Sanders campaign: Many employees see it as not just a bid for office but a social movement that stands for workers’ rights and reining in big corporations. Some have privately vented that the campaign doesn’t always live up to those ideals.

That tension was also evident over the summer during a standoff between management and unionized Sanders field staffers over pay, with some employees complaining that their salaries conflicted with the senator’s calls for a minimum wage of $15 an hour. After the dispute became public, the workers won a raise.

Stevenson, who initially served as deputy state director and communications director in New Hampshire for the campaign and is now a state coordinator in Indiana, recommended to national campaign officials that they discontinue using Amazon and buy from a company more in line with the campaign’s values, according to three people with knowledge of with situation. She suggested using a company called the Green Office instead.

That company, which has operated on a much smaller scale than Amazon, bills itself as a “one-stop online retailer featuring over 60,000 green and conventional office products.” Much of its inventory was out of stock this past week, a review of the website showed, and the phone number listed on the website was out of service.

An analysis by Bloomberg News found that the Sanders campaign spent more than its Democratic rivals on Amazon through the end of September, when the latest finance reports were available. Sen. Elizabeth Warren, D-Mass., who has also been a staunch Amazon critic, was the second-biggest spender, the analysis showed. Sanders and Warren have brought in more money than their rivals, however, giving them more to spend.