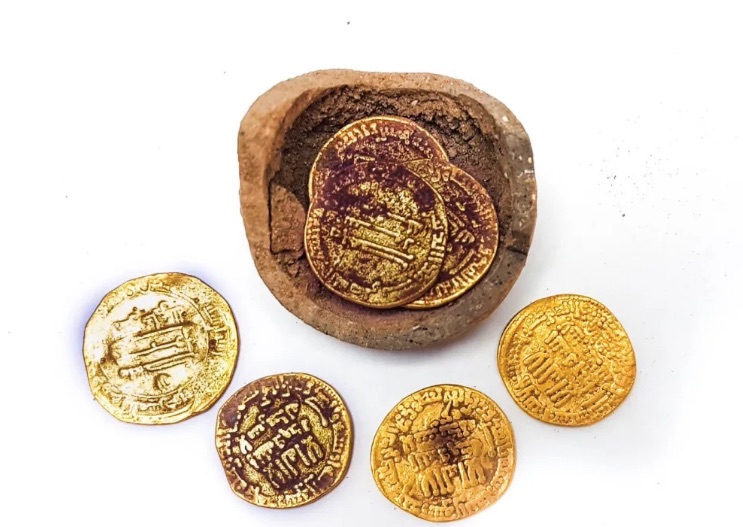 An archaeological dig in Yavneh over the weekend yielded “Chanuka gelt” in the form of gold coins estimated to be some 1,200 years old. The coins were found in a dig that is thought to be an industrial area that existed for hundreds of years.

The coins were discovered in a clay jug that was buried at the site of what appeared to be the site of a jug manufacturer. Archaeologists speculated that the coins had belonged to the owner of the factory, who had hidden it for safekeeping. The coins are from the Abbasid period, with at least one of the coins issued by Khalif Haroun a-Rashid, who reigned between the years 786 and 809.

Dr. Robert Kohl, an expert in ancient coinage in the Archaeological Authority, said that “the treasure contains coins that are rarely seen in Israel. The coins were issued by local representatives of the Abbasid khalifs, who ruled from Baghdad the entire Middle East and North Africa. This is a wonderful Chanuka present for us.”