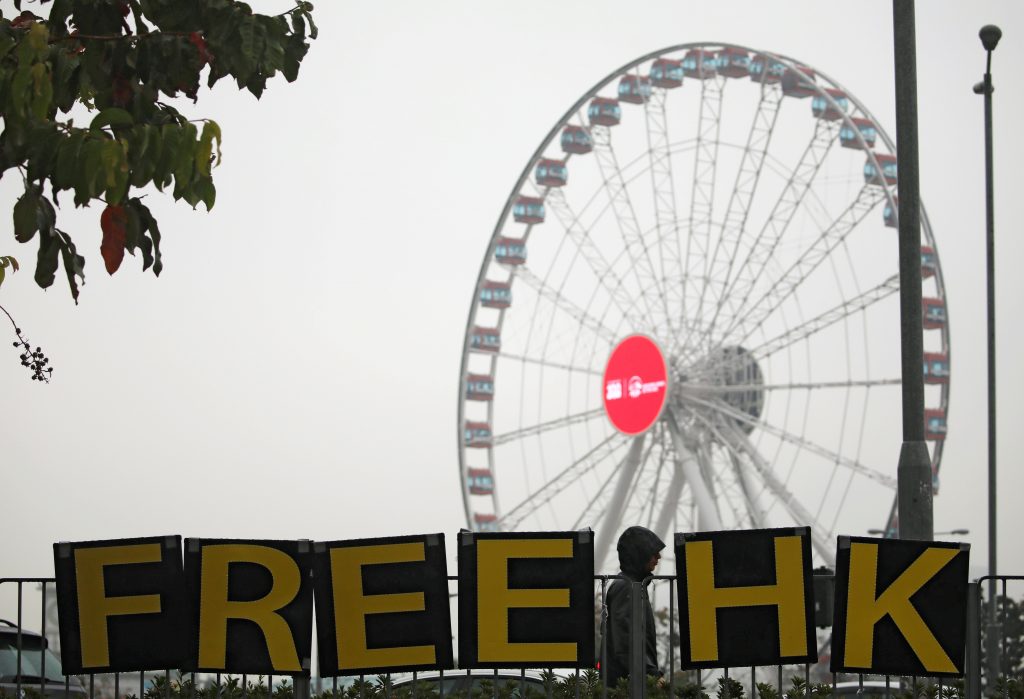 More than 1,000 people rallied in the rain in a park in Hong Kong’s financial district on Sunday, chanting slogans for democracy as they huddled under a sea of umbrellas.

The crowd, a mix of young and elderly people, wore black and turquoise surgical masks to hide their identities as they listened to organizers speaking on a makeshift stage.

“There may be fewer people. We all know that no matter how many people come out or how many times, the government ignores you,” said a 30-year-old woman, who works in the legal sector.

“Hong Kongers will never stop. We see unfairness, injustice. It contradicts our fundamental beliefs,” she said.

Hong Kong has been convulsed by more than six months of protests, triggered by a now-withdrawn bill that would have allowed extraditions to mainland China, where courts are controlled by the Communist Party.

The demonstrations have since evolved into a broader pro-democracy movement and have again became more confrontational over recent days with police clashing with protesters at several shopping malls and busy tourist areas.

On Saturday, riot police arrested about a dozen protesters and used pepper spray to break up a gathering aimed at disrupting retail business near the border with mainland China.

More protests are planned in the next few days, including a march on Jan. 1 that could attract a big crowd.

Protesters are angry about what they see as increased meddling by Beijing in freedoms promised to the former British colony when it returned to Chinese rule in 1997.

China denies interfering, saying it is committed to the “one country, two systems” formula put in place at that time, and blames foreign forces for fomenting unrest.

A 20-year-old university student who gave his name as Malcolm said it was becoming harder to remain optimistic about the prospect of change.

“More realistic people know there’s no way for us to win but now is not the time for us to be pessimistic,” he said, adding that he would continue to push for full democracy for Hong Kong.