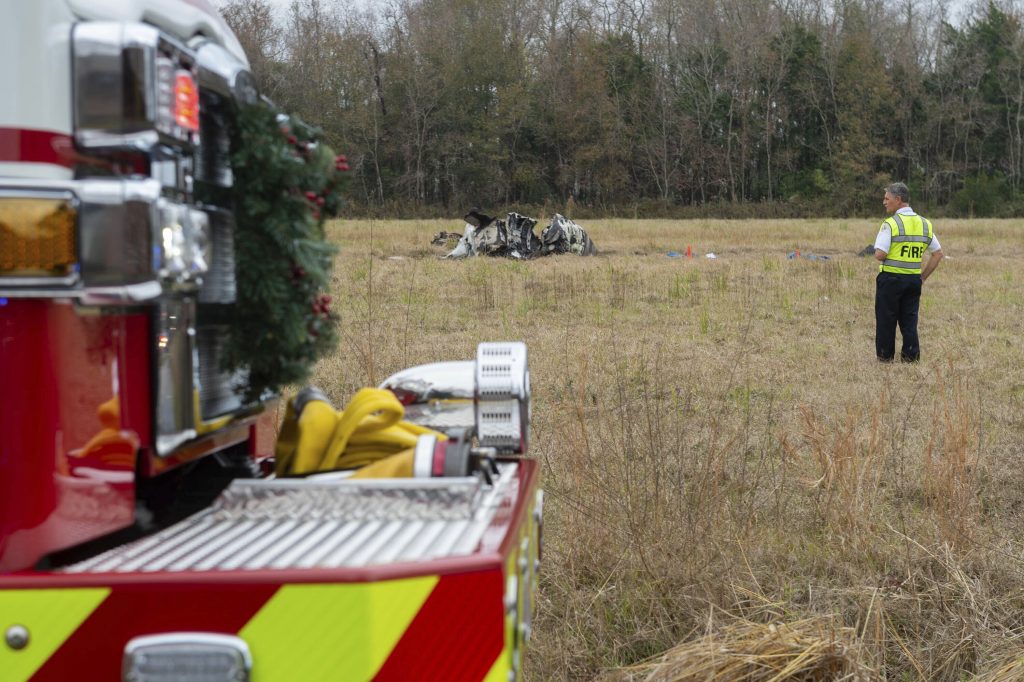 A small plane crashed into the parking lot of a post office in Louisiana shortly after takeoff on Saturday, killing five people and fully engulfing a car on the ground in flames, authorities said.

The two-engine Piper Cheyenne crashed in the city of Lafayette about 1 mile from the regional airport where the flight began, Federal Aviation Administration spokesman Tony Molinaro said.

Video and photos showed a trail of scorched and burning grass around the crash site. A blackened car sat in the post office parking lot, which was carpeted with scattered tree limbs.

Four people were brought to the hospital: one from the plane, one on the ground and two post office employees who were brought in for evaluation, said Lafayette Fire Department spokesman Alton Trahan.

The plane went down in a part of the city with a scattering of banks, fast food chains and other businesses.

Lafayette is the fourth-largest city in Louisiana with a population of about 130,000, according to the 2018 census. It is located about 135 miles west of New Orleans.