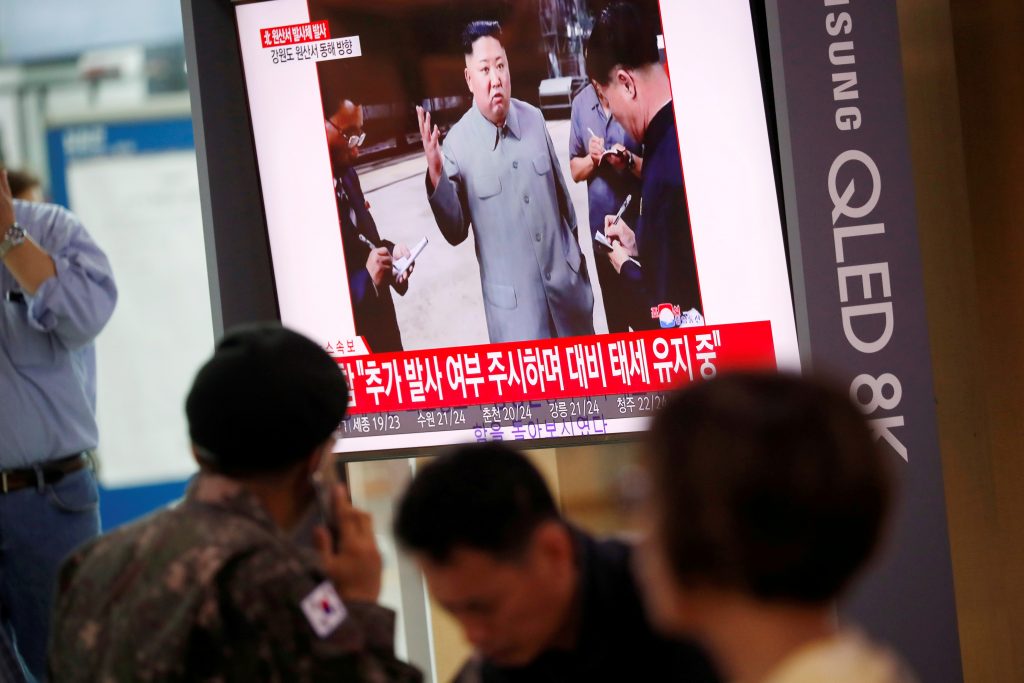 Japanese public broadcaster NHK on Friday sent a news bulletin that incorrectly reported North Korea had launched a missile that fell into waters east of the Japanese archipelago, issuing an apology explaining it was a media training alert.

The news alert came as the United States and its East Asian allies have been on tenterhooks after Pyongyang’s warning this month of a possible “gift” for Washington in what experts took to mean a possible long-range missile test.

The NHK bulletin, sent out 22 minutes after midnight on its website, read: “North Korean missile seen as having fallen into seas about 2,000 km east of Hokkaido’s Cape Erimo,” suggesting a flight path over Japanese territory. The same information was also delivered to users’ phones through NHK’s apps.

NHK corrected the information on those platforms, as well as on broadcast media and radio within half an hour, an NHK spokesman said.

“We apologize to our viewers and the public,” NHK said in a statement on its website, explaining the alert was for training purposes. It also said it would review its procedures to prevent a recurrence.

Warning citizens about disasters and security threats is one of the mandates for the publicly funded broadcaster, whose newscasters regularly and frequently hold drills for earthquakes and other disaster coverage.

When North Korea did launch missiles that flew over Cape Erimo in Japan’s far north in 2017, warnings spread through sirens and government-issued “J-alerts” on millions of cell phones throughout Japan, jolting some out of sleep.

NHK had also sent an erroneous news alert about a North Korean missile in January of last year.

North Korean leader Kim Jong Un had given the United States until the end of the year to propose new concessions in talks over his country’s nuclear arsenal and reducing tensions between the adversaries.

Its last test of an intercontinental ballistic missile was in November 2017 when it fired a Hwasong-15, the largest missile it has ever tested. Pyongyang said the missile was capable of reaching all of the United States.