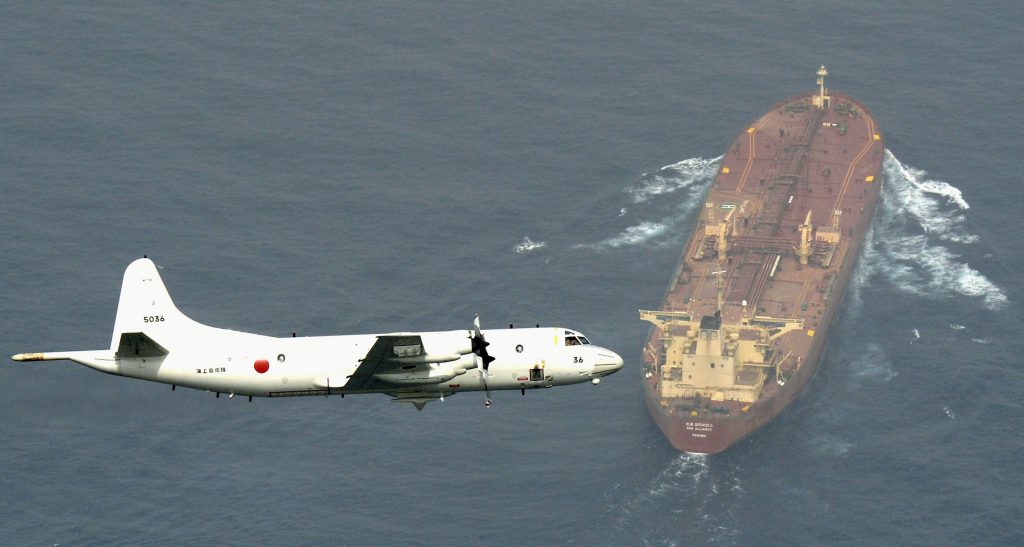 Japan will send a warship and patrol planes to protect Japanese ships in the Middle East as the situation in the region, from which it sources nearly 90% of its crude oil imports, remains volatile, Japan’s top government spokesman said on Friday.

Under the plan approved by Prime Minister Shinzo Abe’s Cabinet, a helicopter-equipped destroyer and two P-3C patrol planes will be dispatched for information-gathering aimed at ensuring safe passage for Japanese vessels through the region.

If there are any emergencies, a special order would be issued by the Japanese defense minister to allow the forces to use weapons to protect ships in danger.

“Peace and stability in the Middle East is extremely important for the peace and prosperity of the international community, including Japan,” Chief Cabinet Secretary Yoshihide Suga told a regular news conference.

“Also, it is very important to make sure Japan-related ships can sail safely in the Middle East, the world’s major source of energy.”

In May and June, there were several attacks on international merchant vessels in the region, including the Japanese-owned tanker Kokuka Courageous, which the United States blamed on Iran. Tehran denies the accusations.

“The Middle East situation remains unpredictable … We believe the decision, made against this backdrop, will benefit the safe passage of ships in the region,” Petroleum Association of Japan President Takashi Tsukioka said in a statement.

Japan, a U.S. ally that has maintained friendly ties with Iran, has opted to launch its own operation rather than join a U.S.-led mission to protect shipping in the region.

The planned operation is set to cover high seas in the Gulf of Oman, the northern Arabian Sea and the Gulf of Aden, but not the Strait of Hormuz.

The Japanese government aims to start the operation of the patrol planes next month, while the destroyer will likely begin activities in the region in February, a defense ministry official said.

The government decision is effective for one year through December 26, 2020. A fresh Cabinet approval is necessary to extend the armed force’s activities in the Middle East.

A European operation to ensure safe shipping in the Gulf will also get underway next month, when a French warship starts patrolling there.