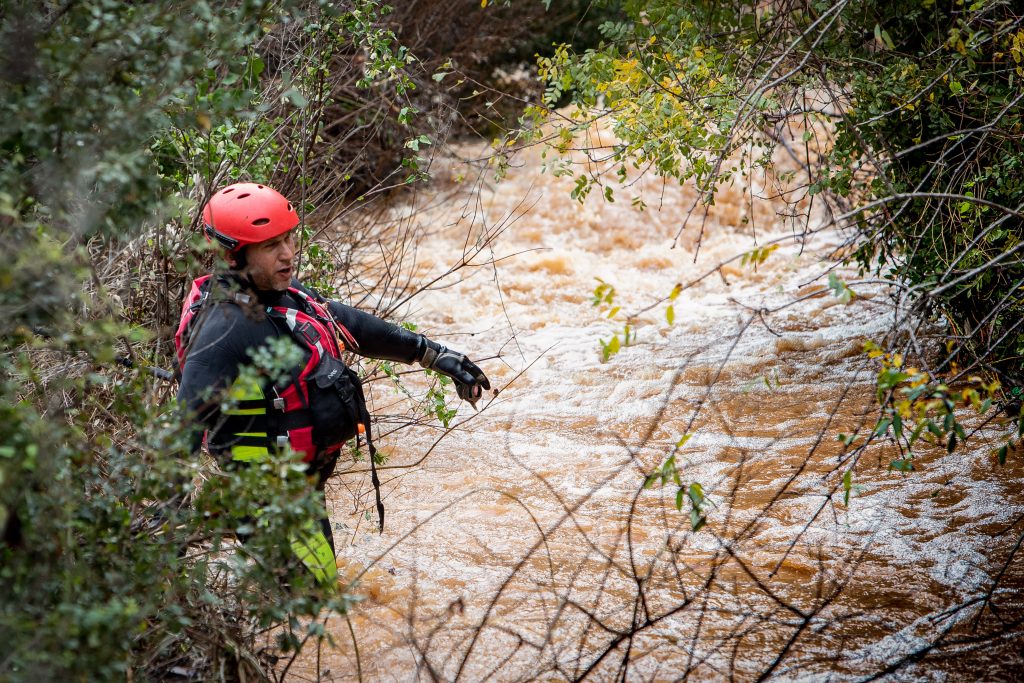 The exit from Yerushalayim was closed for several hours Friday morning as work crews labored to clear the road from the large amount of debris that had blown onto the road. Another road closure further along the highway, near the Arazim tunnels junction, shut down traffic into and out of the city on that road as well.

In a separate incident, rescue crews in the northern town of Nesher were rushed to a vehicle onto which a tree fell – with a man trapped inside, unable to get out. The crews sawed up the tree, enabling its removal. The man was extracted without injury, but there was heavy damage to the vehicle. The tree also brought down a high-tension wire, and the Israel Electric Company shut off power until the area could be secured.

Also Friday, the body of a 17-year-old who had gone missing Thursday afternoon in the storm was found. Omir Abu-Janab was riding a recreational vehicle outside the northern village of Yarcha when the vehicle overturned, dragging him into a raging river. He was riding with another individual, a 23-year-old from the same village, who was able to get out.

The Kinneret added an additional 5.5 centimeters Thursday, after rising 6 centimeters Wednesday night. The upper levels of the Hermon now has 50 centimeters of snow cover. As of 6:00 a.m. Friday, 175 millimeters of rain had fallen in the Golan. Tel Aviv has received 79 millimeters, Yerushalayim 58, and Be’er Sheva just one millimeter. Rain is expected to continue through Friday night, with leftover showers Shabbos morning yielding to clearing skies later in the day.