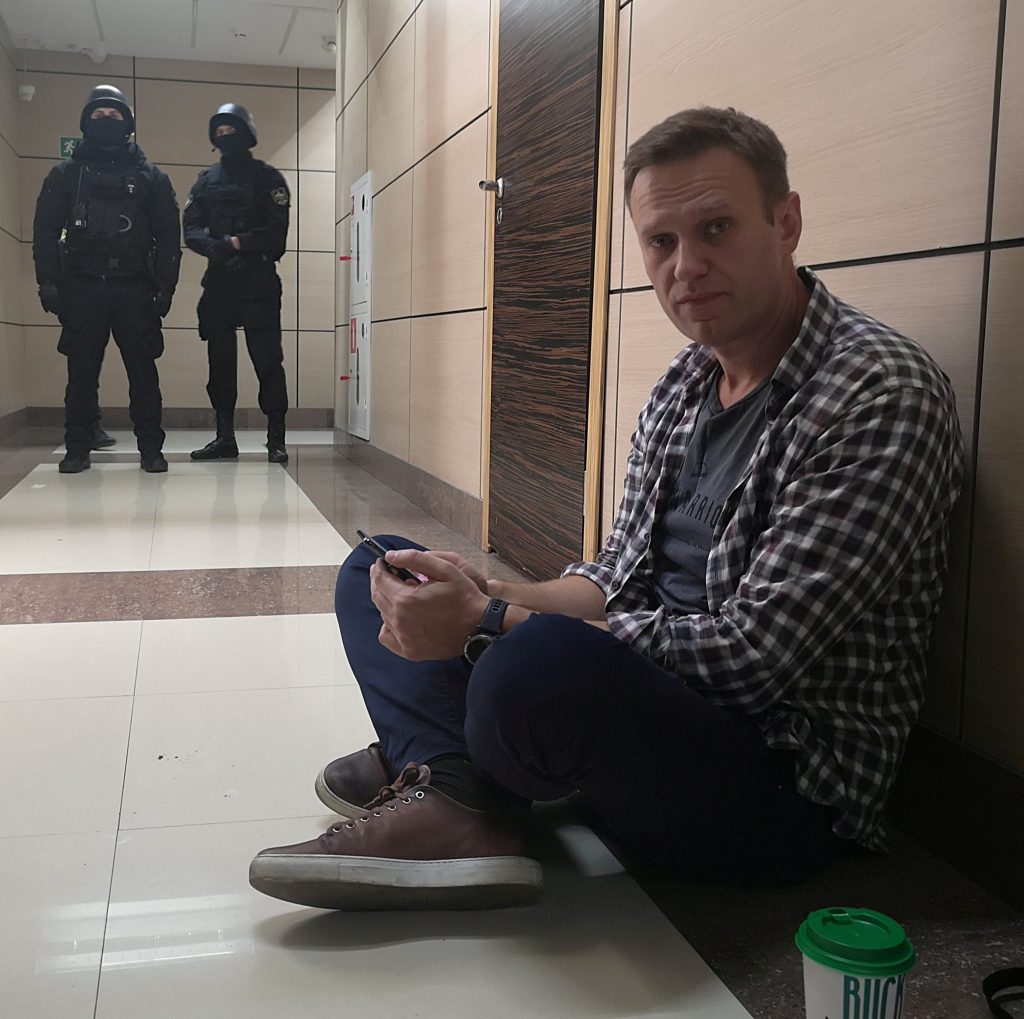 Russian authorities raided the Moscow headquarters of opposition politician Alexei Navalny on Thursday, using power tools to gain entry before dragging Navalny out by force and confiscating technical equipment such as laptops.

Navalny and his allies said the raid on his Anti-Corruption Foundation (FBK) was carried out by the Federal Bailiffs Service and was connected to his refusal to delete a video investigation which leveled graft allegations against Prime Minister Dmitry Medvedev and billionaire businessman Alisher Usmanov.

The Federal Bailiffs Service told Reuters it was carrying out investigative activities at Navalny’s foundation as part of a criminal investigation. It said it had not detained anyone during the raid.

Usmanov brought and won a defamation lawsuit against Navalny in 2017. That case ended with a court ordering Navalny to delete within 10 days all references to the allegations in his video, which Medvedev and Usmanov said were utterly false.

Navalny said on Thursday he would not delete the offending video, which has been watched over 32 million times online since it was first posted in March 2017.

Surveillance footage of Thursday’s raid showed men using power tools to saw through the front door of Navalny’s foundation. The men, some of them masked and wearing black uniforms, could then be seen searching the office before one of them covered a surveillance camera up with tape.

The raid occurred a day after Navalny said that the forcible military conscription of one of his allies to a remote air base in the Arctic amounted to kidnapping and illegal imprisonment.

Allies said Navalny, who was barred from running in a presidential election against Vladimir Putin last year, had been due to present his own show, which is critical of the authorities, on his online news channel later on Thursday.

Navalny’s foundation, which specializes in publishing exposes on the alleged corruption of state officials, is the subject of a separate criminal investigation into alleged money laundering.

Investigators opened the money laundering case in August after Navalny called for people to demonstrate in central Moscow over the exclusion of opposition candidates from a local election.

Those protests grew into Moscow’s biggest sustained protest movement in years before fizzling out.

The Justice Ministry in October formally labelled Navalny’s anti-corruption group a “foreign agent,” meaning it can be subjected to spot checks and face bureaucratic scrutiny.

Navalny has called that move and others part of a coordinated and trumped-up campaign to stifle the anti-Kremlin opposition’s activities.