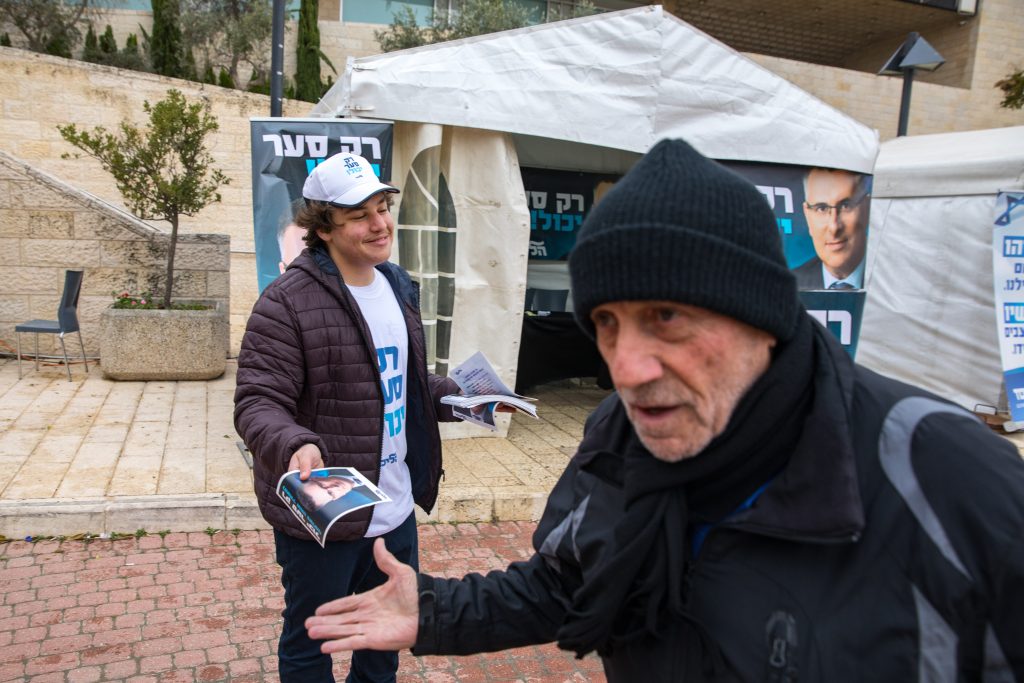 Stormy weather is likely to be a factor Thursday, as over 116,000 Likud members vote in the primary to shape the party’s list for the upcoming March election. The main contest is between Prime Minister Binyamin Netanyahu and rival Gideon Sa’ar for leadership of the party, with both sides out in force among Likud members, attempting to garner last-minute votes for themselves.

The weather was on Netanyahu’s mind Thursday morning as he sent off a social media message to supporters. “There are many forces working to keep you at home and not vote, not just the weather. Don’t allow those forces to dictate the election. Come out to vote for me to lead the Likud. I have worked for years on behalf of the country I love. Now I am asking for your support. Come out today and give a clear answer to the left and the media.”

At a rally Tuesday, Netanyahu said, “I am not the candidate of the media. The media wants to put you to sleep so that you won’t go vote. They tell you we have no chance of winning the Knesset election, but we know we have been feeling fantastic in recent days. Our people are on fire. This time things will be different.”

Both Netanyahu and Sa’ar spent the eve of the election trying to convince voters to support them. Netanyahu appeared at several rallies Wednesday, the last one in Ashkelon, where he was forced off the stage when a rocket fired by Gaza Arab terrorists was shot down by an Iron Dome missile over the city. Netanyahu was very active on social media, releasing messages aimed at prompting voters to come out to vote, including messages in Russian. Sa’ar, for his part, holed up in his office and worked the phones, calling key supporters and organizers in an attempt to shore up support.

Speaking at a conference in Herzliya Wednesday morning, Sa’ar said that “the time has come for change. We need to free the country from the unending rounds of elections. The time has come for the political establishment to deal with the needs of Israelis instead of its own needs. It’s not enough to complain about the justice system, we need to make changes.”

Speaking after him, Likud MK Nir Barkat called on Sa’ar to pull out of the race. “Think about the difficult dilemma you are placing Likud members in. The primaries are unnecessary – we already know the results.”