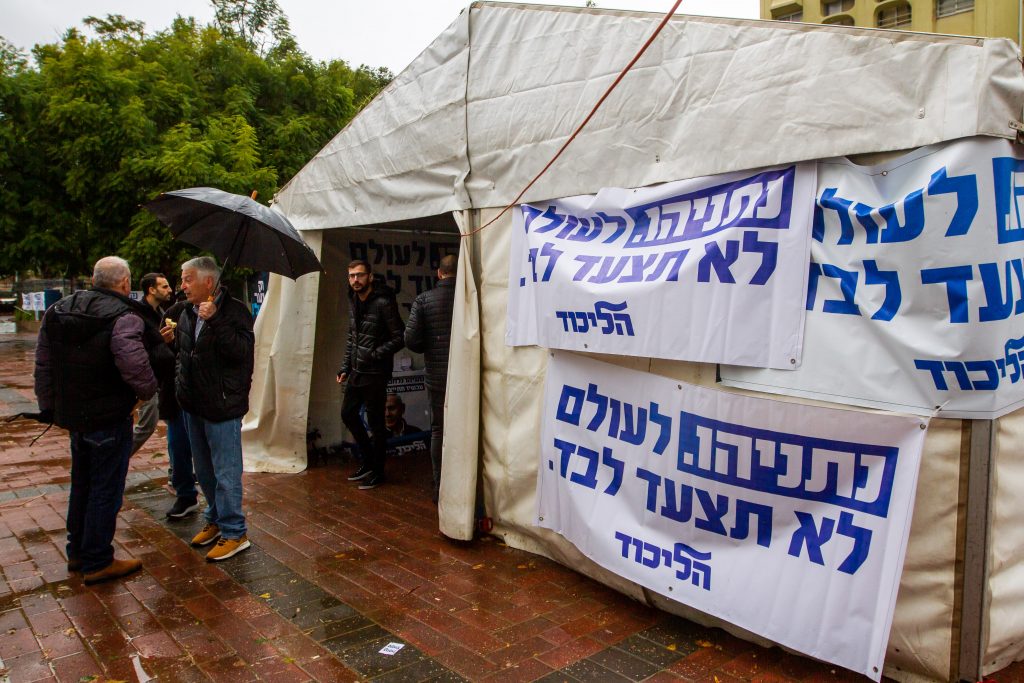 On a cold, dark, blustery, rainy Thursday, the Likud party went to the polls to choose their leader, which according to all forecasts will again be Binyamin Netanyahu.

Numbers of voters were reported slightly down from last time, probably due to the weather, which slowed traffic and discouraged Likudnikim from reaching the polling stations.

Analysts have been saying that while the winner is scarcely in doubt, suspense will be provided by the margin of victory. Gideon Saar, PM Netanyahu’s only challenger, is expected to lose. The question is: by how much?

If Saar can capture a third of the votes, it will be considered a respectable showing and will help pave the way for his bid to succeed Netanyahu when the latter finally steps down.

If Saar gets only a quarter of the votes, it will be a disappointment, and likely taken as a rebuke to a Likud member who, though senior and very popular, failed to stand by Netanyahu at a time when he was fighting for political and legal survival.

As of 6 p.m. local time, 28.6 percent of 116,048 eligible voters had braved the heavy downpours and strong winds to cast votes in the primary.

Netanyahu told supporters on Thursday morning: “There is rain and wind, but our spirit is stronger, so go out and vote for me. We are calling on everyone to vote for us. Take a raincoat but go and vote,” he said in a video posted on his social media accounts after casting his vote in Yerushalayim.

After voting, Saar declared, “This is a fateful day for the Likud and the State. We have it in our power to bring about change and new hope for the citizens of Israel and guarantee the continued reign of the nationalist camp and a victory for our path.

“I asked for your trust and your votes in order to bring about the vision that the people of Israel expect,” Saar continued. “Likud voters should cast ballots and guarantee victory for the party in the March 2 election.”

The polling places will stay open until 11 p.m. Results are expected to start coming in around one a.m.