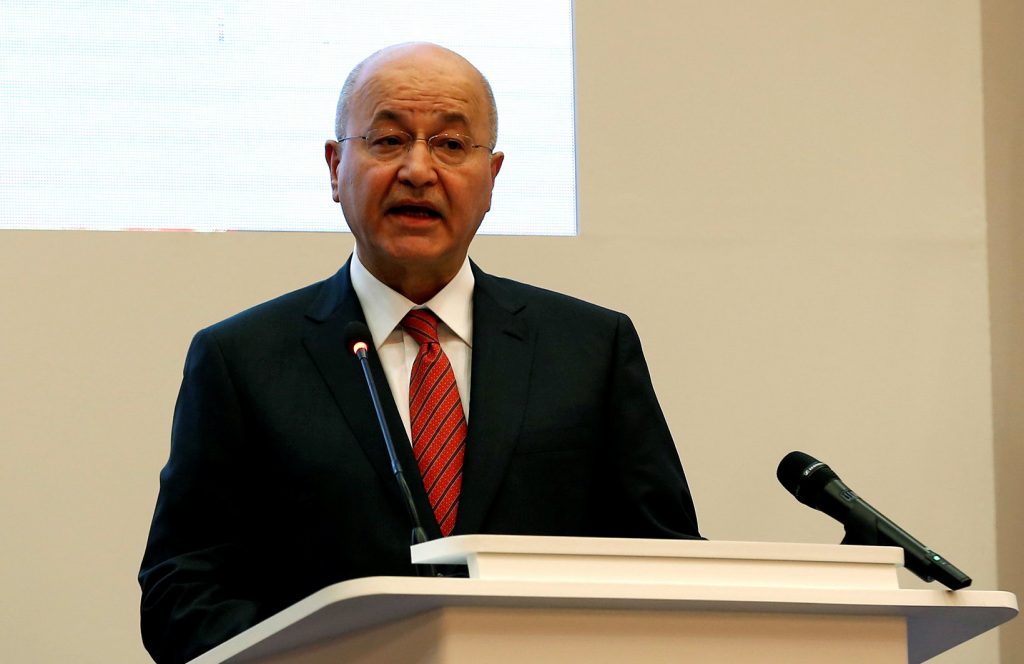 Iraqi President Barham Salih refused on Thursday to designate the nominee of an Iran-backed parliamentary bloc for prime minister, saying he would rather resign than appoint someone to the position who would be rejected by protesters.

Salih said in a statement that because the constitution does not give him the right to reject nominees for the premiership, he was ready to submit his resignation to parliament.

Mass protests have gripped Iraq since Oct. 1 and protesters, most of them young, are demanding an overhaul of a political system they see as profoundly corrupt and keeping most Iraqis in poverty. More than 450 people have been killed.