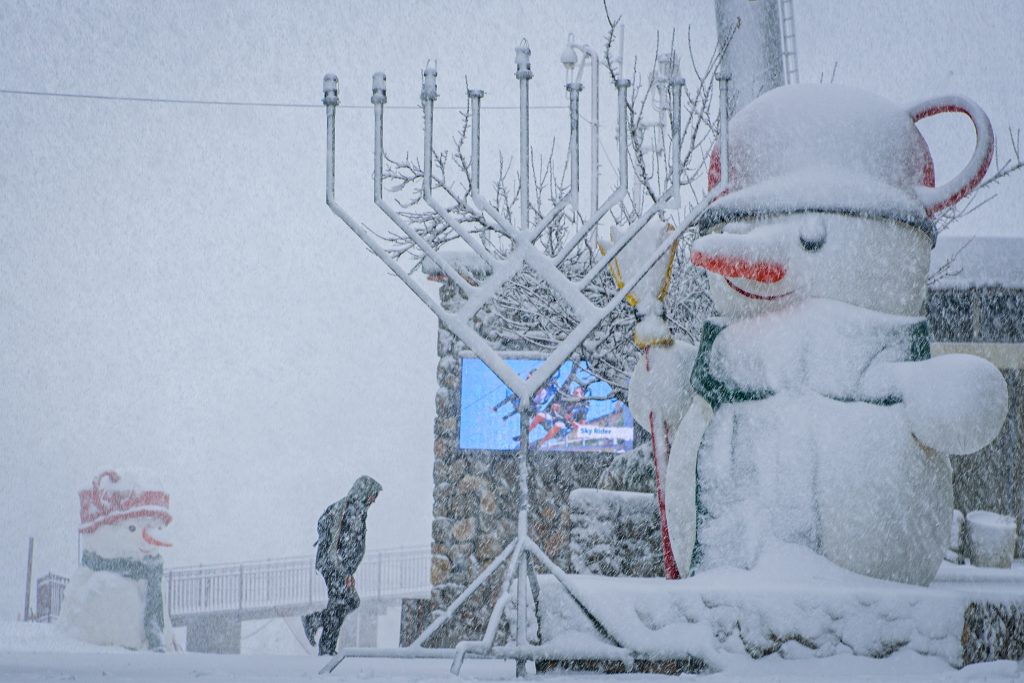 Heavy rains are filling the rivers and streams of northern Israel and flowing into the Kinneret, which is expected to reach maximum level in the next few days.

The level of Lake Kinneret has risen 6 centimeters (2.3 inches) over the past few days to – 211.765 meters, the Israel Water Authority said, and is on trajectory to rise to the maximum level of – 208.8 meters in the short term.

“This is the first expansive winter storm of the year,” said meteorologist Tzahi Waxman of Meteo-Tech. “We will see a lot of rain,” through the end of the week, he added.

The public was warned that strong winds, gusting to as much as 60 mph could damage to electrical lines, causing power outages and injuries.

In the north, near Karmiel, Amjad Annan, 27, a shepherd from Wadi Salama was killed when he was swept away by a flood. He was found unconscious was taken to the Ziv Medical Center in Tzefas in a critical condition, doctors could not save his life.

A 14-year-old youth from Yarka was reported missing after being carried away by floodwaters near the village. Police were still searching for him as night fell.

The Israeli Air Force canceled its ceremonial airshow due to the hazardous weather, and Haifa port closed down for marine traffic, citing rough seas.

In Yerushalayim, an eight-year-old girl was lightly injured when a plastic sign blew off its post in 30 mph wind and hit her on the head.

Mount Hermon had its first significant snowfall of the season with 1.5 inches of snow recorded at the ski site’s upper cable car station. The ski site will remain closed until the weather clears with freezing temperatures.