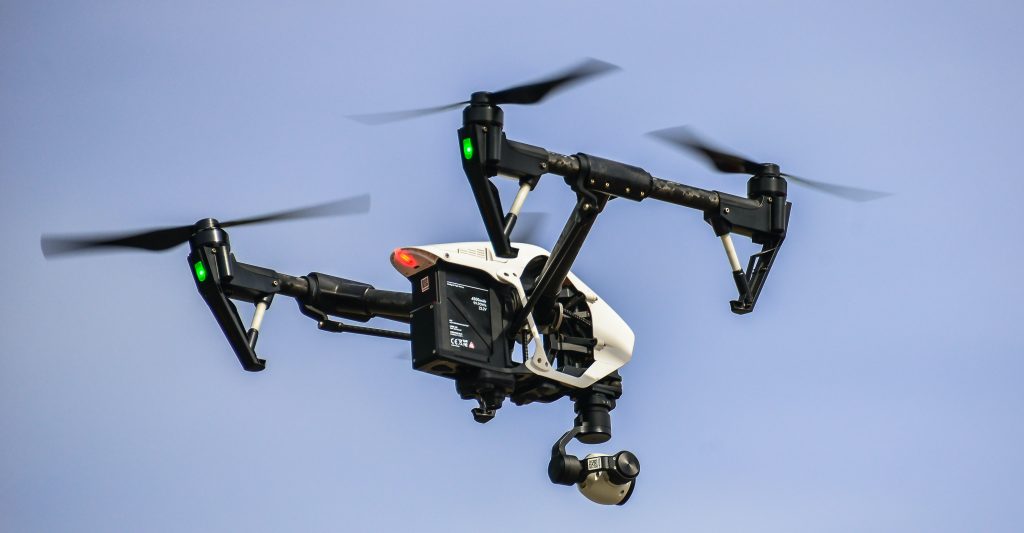 All but the smallest civilian drones would have to broadcast radio tracking data to ensure greater safety and prevent terrorism, under a sweeping proposal unveiled by U.S. regulators Thursday.

The long-awaited draft rules call for a massive new tracking network for everything from toys to larger commercial drones so that law enforcement can spot the devices flying anywhere, from congested urban areas to the most rural zones.

The controversial measure by the Federal Aviation Administration, which is subject to public comment and could change before it becomes final, is a key foundation to advance drone-driven commerce, including deliveries of consumer goods by companies such as Alphabet Inc.’s Wing and Amazon.com’s Prime Air.

“This is an important building block in the unmanned traffic management ecosystem,” the FAA said in the proposal.

With only limited exceptions for groups such as model-airplane operators, all drones weighing more than 0.55 pounds would have to broadcast their position and operator’s identity at all times under the FAA proposal.

The FAA is suggesting that private companies approved by the agency would set up tracking systems for drones, replicating the existing air-traffic control system for traditional aircraft.

Law enforcement and homeland security agencies had demanded a tracking mandate in response to the growing number of drone threats, including a handful of close calls that halted airline flights near airports, collisions with other aircraft or use of the devices by terrorists around the world.

The issue has fractured the rapidly growing base of drone operators, at times pitting recreational fliers and different segments of the industry against each other even as the majority of users acknowledge the need for some type of tracking. It also has raised significant concerns about government monitoring of the public.

Under the FAA proposal, if drone operators want to operate freely, they would have to both broadcast their identity on a radio frequency that can be monitored nearby and simultaneously upload the information via the internet.

In that way, other nearby drones and aircraft can steer clear and local police equipped with tracking devices could identify rogue operators. At the same time, the devices could be monitored from a remote, central system.

Drone users can choose a more limited option of uploading the information to the internet only, but they would be restricted to flying within 400 feet of the operator.

The proposal wouldn’t take effect for three years after it’s finalized, meaning routine delivery flights and other commercial operations won’t be possible until then, at the earliest. It typically takes a year or more to finalize a regulation.

Existing drones wouldn’t have to install tracking equipment retroactively, but would in most cases be banned from operation after the rule becomes law. Starting two years after the regulation takes effect, new unmanned devices sold would have to have approved tracking devices.

The proposal would create exemptions designed for traditional model-aircraft operators, who have been flying at designated sites for decades without posing a safety hazard.

Because there is no current method of reliably tracking the devices, existing regulations typically require civilian hobbyists and commercial operators to keep their drones within 400 feet of the ground and within sight. Better tracking would not only allow drones to fly safely over far larger areas, it could also enable a robotic system allowing drones to sense each other and avoid collisions.

The Academy of Model Aeronautics, which represents model aircraft buffs, has argued that its members have their own system of identification, so should be at least partly exempt.

SZ DJI Technology Co., the world’s largest civilian drone manufacturer, has urged the government not to require a new radio beacon be installed on its devices, which could drive up the cost. The company believes a proprietary system it has developed could be used to track its devices without new equipment.

By contrast, Wing and Amazon want a more formalized technology that can track drones in real time across the nation, similar to how existing radars keep tabs on jetliners now. Such a system is needed to maintain order in skies crowded with drones, they say.

The rapid growth in drone use has been a challenge for regulators. More than 1 million people and businesses have registered with the FAA as drone owners and the agency estimates there were 1.3 million of the devices in the U.S.

Through June, there have been more than 8,700 reports received by the FAA of drones flying in prohibited areas or in an unsafe manner. There are typically more than 200 such incidents a month when the weather is warmer, according to FAA data.

While most incidents are relatively minor, the large numbers indicate that at least some drone users are ignoring the rules. Catching such perpetrators has proven all but impossible.

The National Transportation Safety Board has confirmed at least two collisions between a drone and a traditional aircraft: a U.S. Army helicopter hit a small civilian drone in September 2017 near New York City and a small drone grazed a hot-air balloon in Idaho in August 2018.

The agency is investigating whether a drone struck a TV station’s helicopter flying over Los Angeles on Dec. 4. The impact damaged areas near the tail of the copter.

Another fear is the growing use of drones as terrorist weapons. FBI Director Christopher Wray warned lawmakers last year that drones pose a “steadily escalating threat.”

Saudi Arabian officials alleged that drones were used to attack that country’s oil fields on Sept. 14, though they were far larger than the typical civilian drone. Explosive-laden drones were used in an unsuccessful assassination attempt against Venezuela President Nicolas Maduro last year.