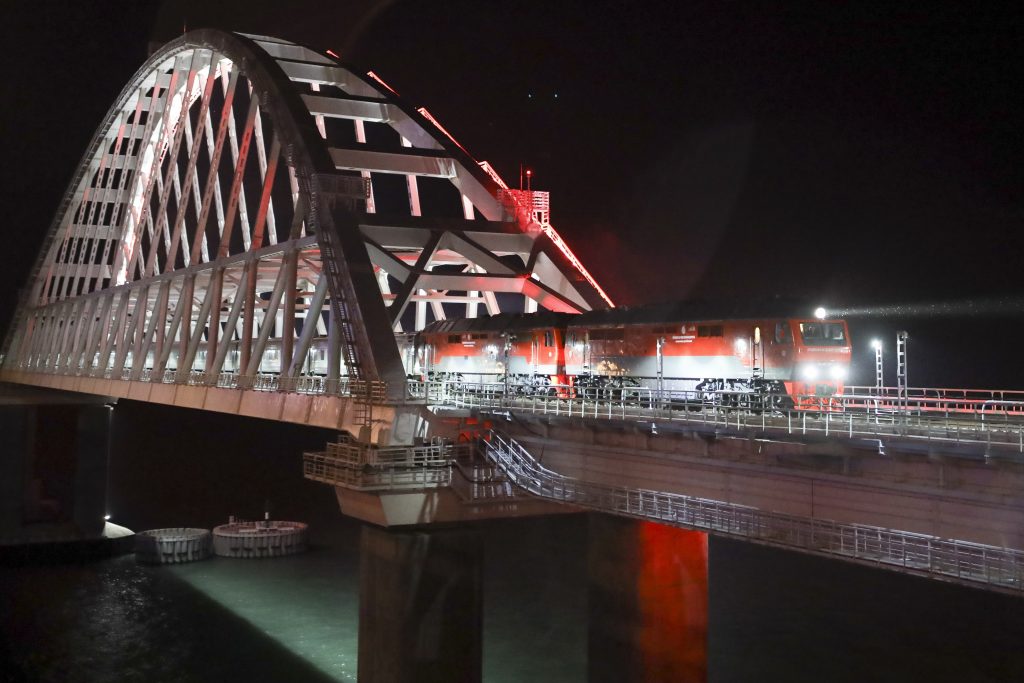 Ukrainian officials opened a criminal probe Wednesday after a passenger train from Russia arrived in Crimea via a new Russian-built bridge, arguing that the train illegally carried people across the Ukrainian border.

Earlier this week Russian President Vladimir Putin inaugurated the railway bridge to Crimea, which Russia annexed from Ukraine in 2014. He said 14 million passengers and about 13 million tons of cargo are expected to move across the bridge next year. The train arrived in Sevastopol from St. Petersburg, Russia’s second largest city.

Russia annexed Crimea on the grounds that residents of the peninsula voted to join up with Russia. The annexation elicited widespread international censure including U.S. and European Union sanctions on Russia. Ukraine has blocked shipment of supplies via its territory to Crimea.

The Ukrainian government has repeatedly said the new bridge was built in violation of international laws. In October 2018, prosecutors opened a criminal case against the companies involved in its construction.