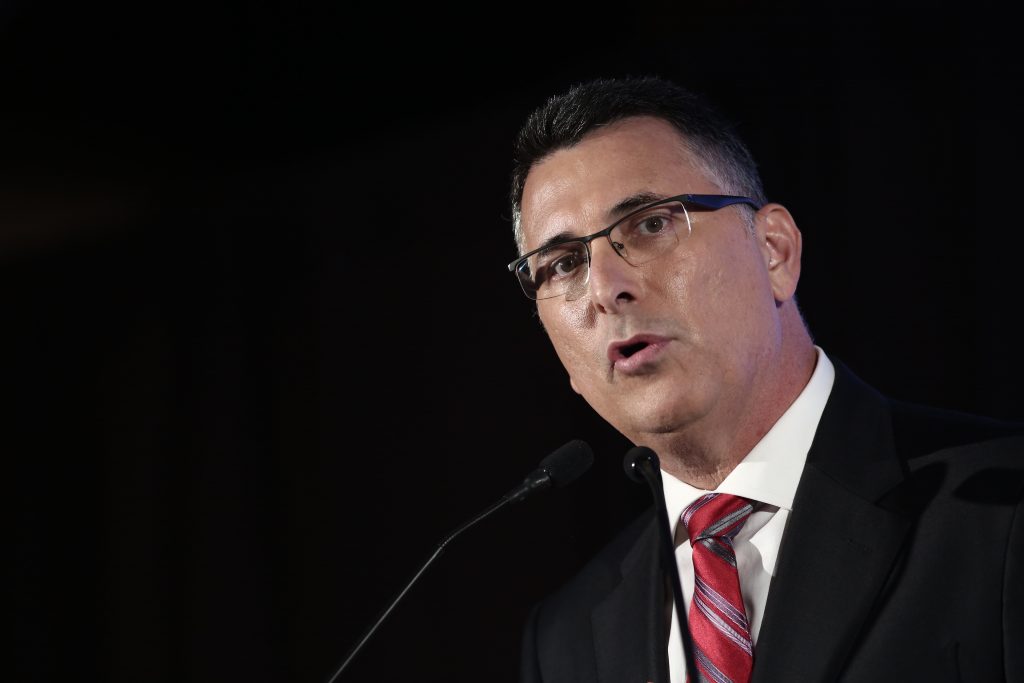 The Likud leadership race heated up a few more degrees on Wednesday as Gideon Saar accused the Netanyahu campaign of casting “racist” slurs against him.

A line from Culture Minister Miri Regev, a Netanyahu loyalist, telling a rally that “we will not let the Bukharans win here,” provoked Saar, who is of Bukharan origin on his mother’s side.

“Unfortunately, over the past hours and days, the other side has disseminated extreme fake news: lies, slander, defamation and racist statements,” Saar said. “This is not our path. This is not the path of the Likud.”

He later posted a photo of himself in traditional Bukharan garb, with the comment “Proud Bukharan.”

In response, Regev lambasted Saar for “taking a humorous statement and portraying it as racist,” according to Ynet. Regev’s father was Moroccan, her mother from Spain.

She noted that senior activists working on behalf of both Saar and Netanyahu are Bukharans, and asserted that nobody at the event where she spoke failed to understand her comments, as had Saar.

“Fake News and this time from Gideon Saar’s campaign. We do not buy the incitement that you are trying on, on the backs of the Bukhari community,” Regev wrote online.

Meanwhile, Saar got swatted from the other side, as Blue and White leader Benny Gantz accused Saar of “moral bankruptcy” for proposing earlier in the week to appoint Netanyahu as president if he wins Thursday’s party primary.

“This moral rottenness must be replaced,” Gantz said at a faction meeting in the Knesset. “Likud can definitely not lead the State of Israel at this time.