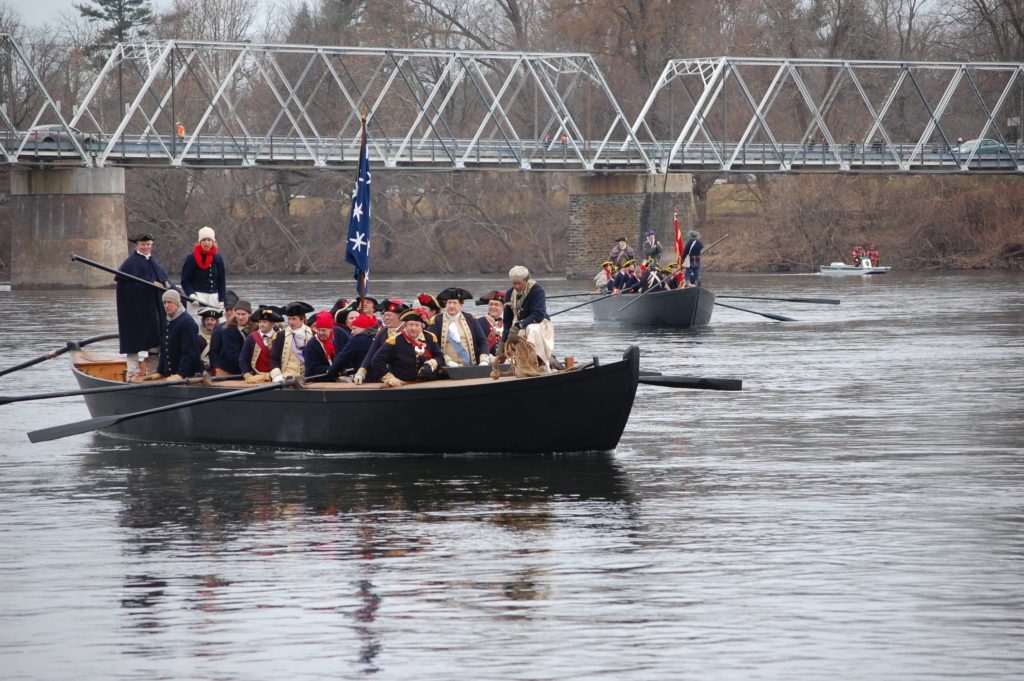 Thousands turned out Wednesday to watch the annual reenactment of George Washington’s daring Dec. 25th crossing of the Delaware River in 1776 — the first time the crossing was completed in three years.

The event was scrapped because of bad weather the last two years, but historical interpreter Nancy O’Leary said at Washington Crossing Historical Park that the conditions this year “couldn’t be better.”

“We had lovely weather, and we probably had record attendance,” said Jennifer Martin, executive director of the Friends of Washington Crossing Park. She estimated that 4,500 to 5,000 people were watching the event, the highlight of a historical reenactment that draws people to the banks of the river in Washington Crossing, Pennsylvania, and Titusville, New Jersey.

Other activities include Washington’s address to his troops, historical speeches and processions, and staff in period clothing providing public interpretation.

Last year, high water conditions scuttled plans for the crossing in the wooden Durham boats. The year before, high winds prompted cancellation of the event.

In the original crossing, boats ferried 2,400 soldiers, 200 horses and 18 cannons across the river. Washington’s troops marched 8 miles downriver before battling Hessian mercenaries in the streets of Trenton. Thirty Hessians were killed, and two Continental soldiers froze to death on the march.