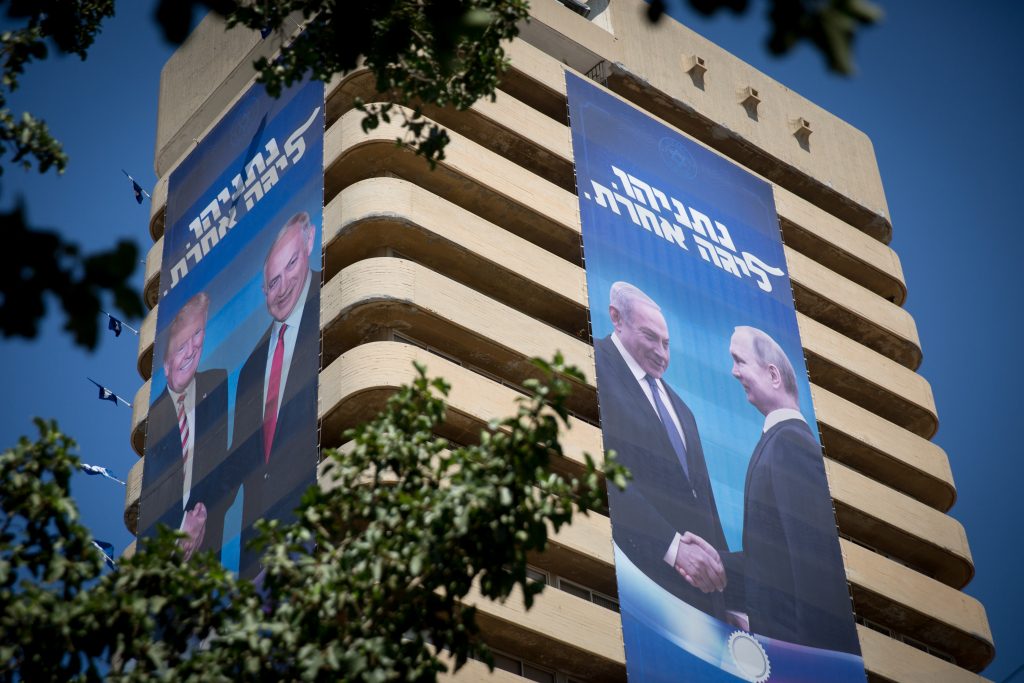 This time, a day before a Likud leadership primary, Netanyahu told Army Radio on Tuesday that Russian President Vladimir Putin told him that had he, Netanyahu, not been prime minister — Israel would have been in a war with Russia. “Only because we meet every few months has this been avoided,” he claimed.

Netanyahu has touted his ties with foreign leaders such as Putin, U.S. President Donald Trump and India’s Prime Minister Narendra Modi arguing that they constitute a national security asset and a reason to vote for him. Giant posters of Netanyahu shaking hands with them have adorned Israeli streets in recent elections.

However, Netanyahu did not hesitate to denounce as “absurd” the 7.5-year sentence by a Russian court of Israeli-American Naama Issachar, who was found with a small quantity of cannabis in her baggage during a stopover in Moscow.

When asked whether he will request immunity from prosecution as a Knesset member, he replied, “Soon you’ll know. Stay in suspense in the meantime.”