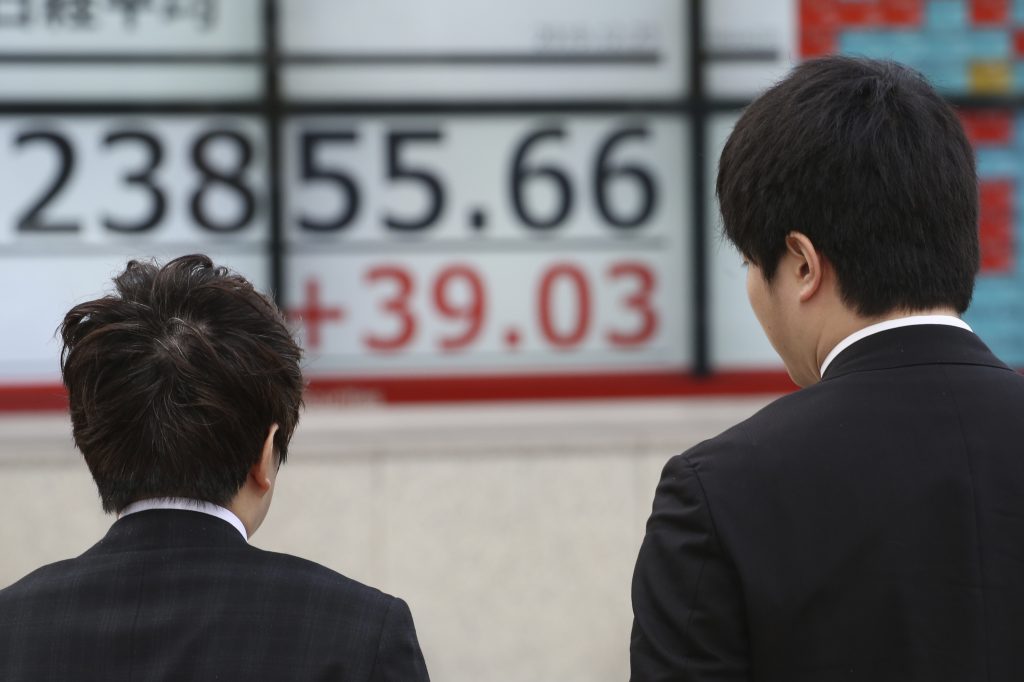 on gains made this month.

The pan-European STOXX 600 index was down 0.14% by 0851 GMT, after nearing a record high in the previous session. MSCI’s broadest index of Asia-Pacific shares outside Japan was near its highest since June 2018, up 0.05%.

The MSCI all-country stock index was flat, just below Friday’s record high. It has risen nearly 3% this month as U.S.-China trade tensions eased and confidence grew that Britain would avoid a chaotic exit from the European Union. The index is up 23% so far in 2019, set for its best year since 2009.

President Donald Trump said on Saturday the United States and China would “very shortly” sign phase one of a trade agreement. It calls for the United States to reduce some tariffs in exchange for China’s buying more American farm products. China said on Monday it would lower tariffs on products ranging from frozen meat and avocadoes to some types of semiconductors next year.

“The phase one (P1) agreement and U.K. elections have cleared up tail risks, but the market is now transcending that euphoria,” said Stephen Innes, strategist at AxiTrader.

“While P1 is already reflected in stock prices, positioning is still relatively light, and with plenty of capital yet to be deployed, markets could even push significantly higher supported by the global growth rebound,” he added.

On Friday, the U.S. benchmark S&P 500 extended its record highs to seven straight sessions, its longest streak in more than two years. All three major U.S. indexes – the S&P 500, Nasdaq and Dow – gained.

Data on Friday showed U.S. growth rose in the third quarter and the economy probably maintained its expansion as the year ended. Consumer spending was stronger than previously reported, and there were upgrades to business spending.

During Asian hours on Monday, Japan’s Nikkei was little changed after reaching a 14-month top last week. It was up 2.3% for the month so far.

Chinese stocks posted their worst single-day drop in six weeks, weighed down by a correction in tech shares after a state fund announced plans to cut its stakes in some chip makers.

The U.S. personal consumption expenditure deflator for November, due on Friday, is the only major economic report this week.