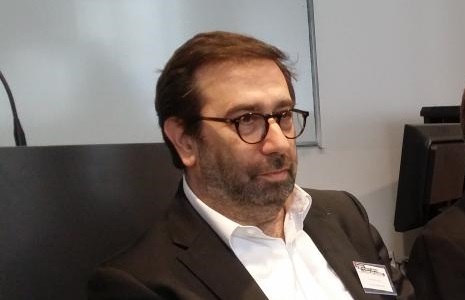 A decision by a French appeals court that the killer of Sarah Halimi, Hy”d, will not face criminal charges drew condemnation from the nation’s Jewish community. The controversial ruling follows the opinion of psychiatric evaluations that determined that he could not be held responsible for his actions at the time of the murder due to heavy drug intake.

The decision will likely be the end of a two-year battle by France’s Jewish community to bring the confessed killer, Kada Traore, a Muslim immigrant from Mali, to justice.

, France’s umbrella organization for Jewish institutions, told Hamodia. “It is very difficult to understand why the court picked this murder to set a new precedent that a crime committed under the influence of drugs is not considered a crime. In the past, being under the influence of alcohol or narcotics only compounds one’s guilt.”

CRIF has called for the Minister of Justice to investigate the court’s decision.

Mrs. Halimi, 66, had worked for many years as a teacher of young children in a local Jewish school. In April 2017, Traore, then 27 years old, forced his way into her Paris apartment and brutally murdered her. During the attack, neighbors heard him reciting verses from the Koran and shouting anti-Semitic slurs.

The crime initially received little attention in the French media, and the justice system refused to say that Mrs. Halimi was targeted because she was Jewish.

Following a public outcry, a Paris prosecutor initially assigned to the case announced that Mrs. Halimi’s death was to be tried as a “hate crime.” Yet the judge later dismissed the charge, citing that the suspect had been under the influence of illegal substances at the time of the murder.

Since then, the likelihood of Traore standing trial and the emphasis placed on the anti-Semitic nature of the crime has shifted several times. Two out of three psychiatrist evaluations ordered by judges determined that he had experienced a psychotic episode as a result of imbibing large amounts of cannabis prior to the crime. A third evaluation held that Traore should be held accountable for Mrs. Halimi’s death.

Earlier this month, hopes for a trial were set back when high-level prosecutors officially announced that they would drop all charges against Traore.

Traore, who has no past history of psychiatric problems, is presently being held in a hospital, but it is likely that he will be released at some future date.

The Halimi family is expected to appeal the decision to France’s highest court, but it is unlikely that the decision will be reversed.

Since four Jews were killed in a 2015 attack on the HyperCacher kosher grocery store in Paris, many French officials have been outspoken in their commitment to fight rising anti-Semitism – a threat mostly emanating from the country’s large Muslim immigrant population.

Since Mrs. Halimi’s murder, several representatives of the county’s Jewish community have voiced hopes that Traore’s court battle would serve as a “trial of Islamiscist anti-Semitism.”

Mr. Ejens said that while deeply disappointed by the court’s decision, premature conclusions should not be made as to its reflection on the political establishment’s commitment to protecting French Jews.

“This decision was made by the justice system, which, of course, functions independently. We cannot blame our political leaders for it, but we are waiting to see their reactions to it. The kind of comments they make will tell us more about where they stand.”