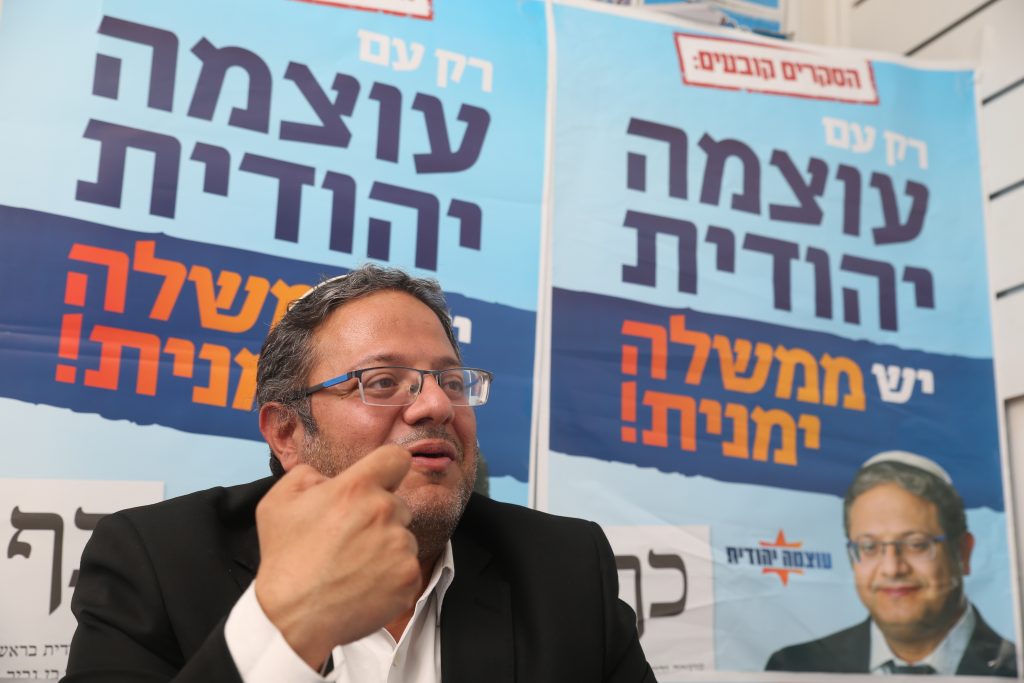 Israeli Prime Minister Binyamin Netanyahu‏‏’s office has denied a media report that he privately welcomed the deal merging the Jewish Home and Otzma Yehudit parties for the upcoming elections.

According to the unsourced Channel 12 report, Netanyahu phoned Jewish Home leader Education Minister Rafi Peretz on Friday to congratulate him for agreeing to a joint slate with the far-right Otzma Yehudit, announced earlier that day. He has made no statement publicly.

On Sunday, a spokesperson for the prime minister told the channel “there was no conversation, Netanyahu is not intervening.” In the previous campaign, he reportedly did push for such an alliance, as there had been in April, though in the end no agreement could be reached, Otzma Yehudit ran alone and failed to make it to the Knesset, costing the right wing thousands of votes.

The merger provoked sharp criticism within Jewish Home. In a letter to Rabbi Peretz, party officials complained that he did not consult with them to achieve “better and more natural” mergers, and warned cooperation with Otzma Yehudit would alienate mainstream partners on the right.

Ben Gvir defended the move on Motzei Shabbos, telling Channel 12 that it would ensure that the Likud-led right-wing bloc would receive 61 seats and be able to form a government without Blue and White or Yisrael Beytenu.

That is exactly what the left-wing parties are afraid of. Chairman Nitzan Horowitz of the Democratic Union called for an alliance with Meretz on Sunday evening, according to Army Radio.

“If we don’t win – Kahanism will win. For our bloc to win, connections have to be made. This is a national issue, not a partisan one,” Horowitz was quoted as saying, referring to the leaders of Otzma Yehudit, who are disciples of Rabbi Meir Kahane, continuing his demand for disloyal Arabs to be transferred out of the country.

Ben-Gvir also confirmed that he would support immunity for Netanyahu in three criminal cases the prime minister has been charged in.

Meanwhile, Rabbi Peretz has other mergers in the works – with National Union led by Bezalel Smotrich and New Right headed by Naftali Bennet and Ayelet Shaked.