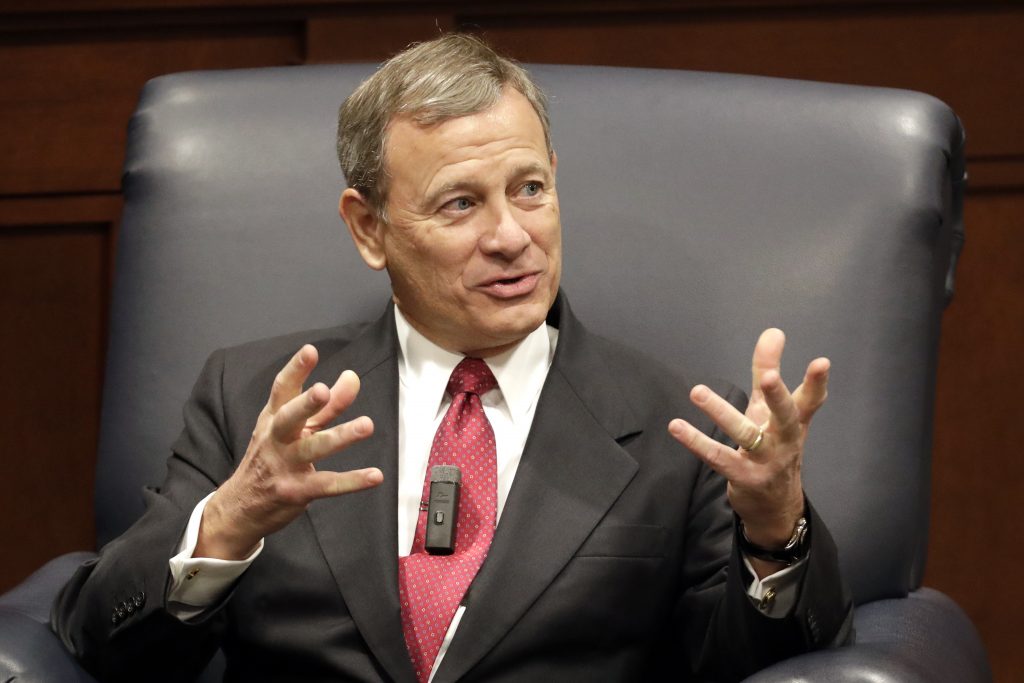 As a presidential impeachment trial loomed in 1999, John Roberts thought about William Rehnquist, the U.S. chief justice who was set to preside.

“If anybody can do it, I’m sure the current chief will,” Roberts said of Rehnquist, who had written a book about impeachment. Roberts, now chief justice himself, was then a lawyer in private practice and spoke in a Bloomberg News interview.

Two decades later, the same words could apply to Roberts, who has tried to carve out a nonpartisan role as the leader of the Supreme Court. Now he will oversee President Donald Trump’s Senate impeachment trial in a far more partisan Washington and may be asked to rule on divisive issues governing witnesses and evidence.

Roberts, 64, will take up those duties as a singular figure in American public life. Even as he has steered the court to the right over the past 15 years, the Republican-appointed Roberts has staunchly defended the judiciary’s independence and shown an occasional willingness to push back against President Trump.

He will now face the challenge of trying to bring that judicial independence — and a modicum of decorum — into the political maelstrom of a Senate impeachment trial.

“He’s obviously someone who does not embrace partisan politics and does not want to see the court become part of partisan politics,” said Richard Lazarus, a Harvard Law School professor who was Roberts’s law school roommate. “But he’s going to find himself in the middle of it, by constitutional design.”

He will have a potential model in Rehnquist, his predecessor as chief justice whom Roberts also served as a law clerk. Rehnquist was already an expert on impeachment when he was summoned to preside over President Bill Clinton’s case, having written a book about the trials of President Andrew Johnson in 1868 and Supreme Court Justice Samuel Chase in 1805.

Rehnquist was the beneficiary of a bipartisan Senate deal on the specific rules that governed Clinton’s trial, an arrangement that ensured the chief justice had only a ceremonial role. His most significant ruling was to say that senators couldn’t be referred to as “jurors.”

The prospect of a bare-bones trial means Roberts probably won’t have to decide much, said Frank Bowman, a University of Missouri law professor who wrote a book this year on the history of impeachment.

“There’s not going to be any occasion for him to make any consequential rulings,” Bowman said. “It’s pretty clear that this is going to be a trial without evidence, or at least any trial-like presentation of evidence.”

To the extent issues arise, the standing impeachment rules will let Roberts put them to a vote by the full Senate. McConnell has said that’s what he expects the chief justice to do.

“I would anticipate the chief justice would not actually make any rulings,” the Kentucky Republican told reporters on Dec. 10. “He would simply submit motions to the body and we would vote.”

But Roberts may not want to call a vote on every issue, and he could use some disputes as an opportunity to try to give the proceedings an aura of fairness.

“I think he’s going to want to make clear that he’s not a partisan and be very evenhanded in the rulings that he makes,” Lazarus said.

Roberts will be applying Senate rules likely to be unfamiliar to him. He will be able to consult with the Senate parliamentarian, Elizabeth MacDonough, and could rely heavily on her expertise. Any ruling that Roberts makes could be overridden by the Senate.

Roberts, through a Supreme Court spokeswoman, declined to comment.

For many Americans, the impeachment trial will be the first time they have heard Roberts speak since his 2005 Senate confirmation hearing, when he likened judges to baseball umpires calling balls and strikes.

Since then, Roberts and his fellow conservative justices have toppled campaign finance regulations, curbed administrative agencies and overturned a central provision of the Voting Rights Act. But Roberts devastated conservatives when he cast the pivotal vote to uphold President Barack Obama’s Affordable Care Act in 2012.

As the nation’s top jurist, nominated by President George W. Bush, he has made it his mission to defend the federal courts and present them as nonpartisan institutions.

“When you live in a politically polarized environment, people tend to see everything in those terms,” Roberts said in September. “That’s not how we at the court function, and the results in our cases do not suggest otherwise.”

His relationship with Trump has been uneven. They sparred publicly after the president decried an “Obama judge” who had blocked an administration effort to curb asylum claims.

Roberts then issued a rare public statement that said, “We do not have Obama judges or Trump judges.” Trump responded by escalating his attacks on the judiciary, saying in a tweet, “Justice Roberts can say what he wants.”

With the trial set to start in January, Roberts will have to pull double duty because the Supreme Court will be hearing arguments on five mornings that month. Rehnquist had to do much the same thing in 1999, when a car whisked him across First Street to the Senate for the early afternoon starts to the impeachment trial.

One difference from the Clinton case: Roberts won’t be able to escape the political wars even after the trial. The Supreme Court is set to hear arguments in late March or early April on Trump’s effort to prevent his financial information from being turned over to Congress and a New York grand jury.

As Roberts said before the Clinton trial, “the Framers certainly envisioned that the chief justice could perform both roles.” He’ll have a chance to test, under trying circumstances, whether they were right.