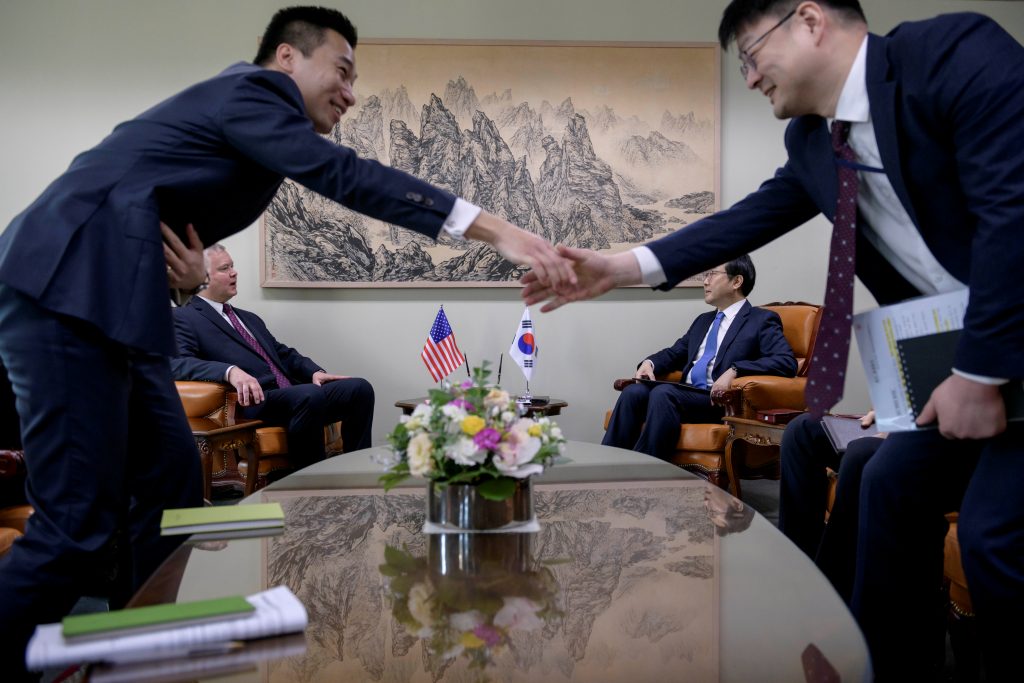 North Korea lashed back at the United States for taking issue with its human rights record on Saturday, saying Washington’s “malicious words” would only aggravate tensions on the Korean Peninsula, state news agency KCNA reported.

The KCNA statement, attributed to a Foreign Ministry spokesperson, warned that if the United States dared to take issue with the North’s system of government by citing human rights problems, it would “pay dearly.”

The United Nations General Assembly on Wednesday condemned North Korea‘s “long-standing and ongoing” violations of human rights in an annual resolution sponsored by dozens of countries, including the United States, that Pyongyang’s U.N. envoy rejected.

The North Korean Foreign Ministry statement is its first since U.S. Special Envoy for North Korea Stephen Biegun publicly urged Pyongyang on Monday to return to talks. There has been no direct response from North Korea to Biegun’s entreaty.

U.S. Defense Secretary Mark Esper said on Friday that he remains hopeful the United States can restart diplomacy with North Korea, as the clock ticks down to North Korea‘s declared year-end deadline for new U.S. concessions in talks over its nuclear arsenal.

North Korea has repeatedly called for the United States to drop its “hostile policy” before more talks.

But tension has been rising in recent weeks as Pyongyang has conducted a series of weapons tests and waged a war of words with President Donald Trump.

Some experts say the reclusive state may be preparing for an intercontinental ballistic missile test that could put it back on a path of confrontation with the United States.