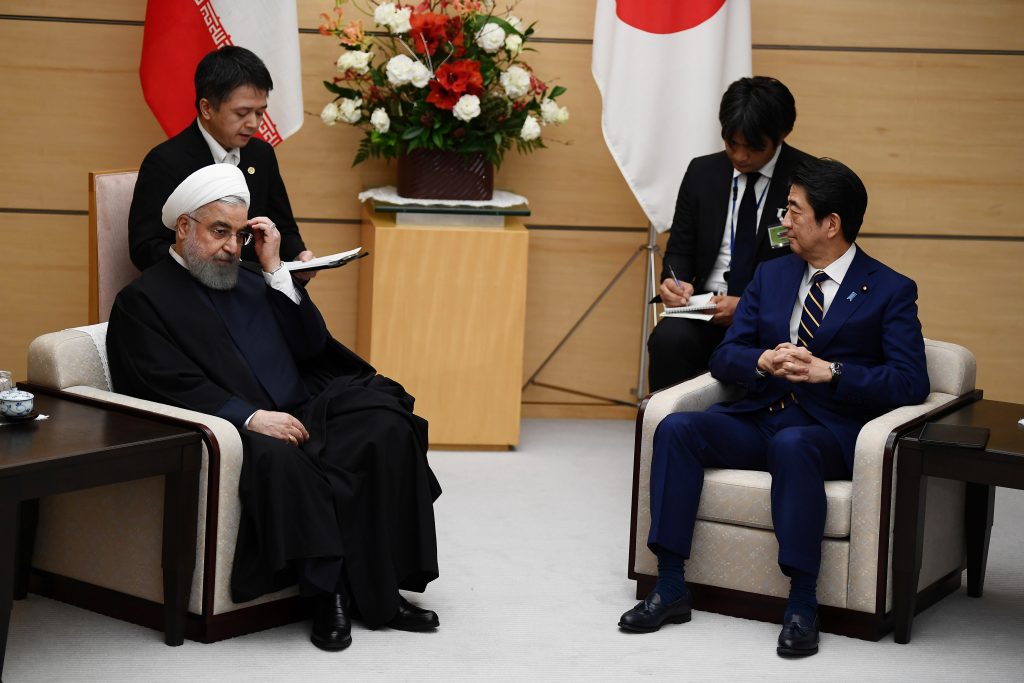 Iranian President Hassan Rouhani on Saturday welcomed Japan’s decision not to join a U.S.-led naval mission in the Gulf and said he had discussions on ways of “breaking” U.S. sanctions on a trip to Tokyo.

Friction between Tehran and Washington has increased since last year when President Donald Trump pulled the United States out of Iran‘s 2015 nuclear deal with six nations and re-imposed sanctions on the country, crippling its economy.

Washington proposed the naval mission after several attacks in May and June on international merchant vessels, including Saudi tankers, in Gulf waters which the United States blamed on Iran. Tehran denies the accusations.

In July, Iranian forces seized a British tanker in the Gulf after British marines captured an Iranian vessel in the Strait of Gibraltar. Both ships were later released.

“Japan has announced it will not take part in the Americans’ plans for security in the (Gulf) region … which is something we welcome,” Rouhani said on state media after returning from a visit to Malaysia and Japan.

“Japan is sending a surveillance vessel but not to the Gulf and the Strait of Hormuz,” he said.

Rouhani said his discussions in Japan included ways of “breaking” the U.S. sanctions.

Following his meeting with Japanese Prime Minister Shinzo Abe, Rouhani tweeted on Friday: “I welcome any effort that could boost economic exchanges, especially in the energy sector, and increase oil exports.”

A Japanese official who gave a briefing to reporters said crude oil purchases were not discussed at the summit meeting. Japan was a leading buyer of Iranian oil for decades before the U.S.-led sanctions.

Japan, a U.S. ally maintaining friendly ties with Iran, is looking to launch its own naval operation rather than joining the U.S.-led mission to protect shipping in the region.

The planned Japanese operation is set to cover high seas in the Gulf of Oman, the northern Arabian Sea and the Gulf of Aden, but not the Strait of Hormuz.

According to a draft plan approved by parties in the ruling coalition, Japan will deploy a destroyer and a patrol aircraft for gathering information in the Gulf region – which has been the source of nearly 90 percent of Japan’s crude oil imports.

A European operation to ensure safe shipping in the Gulf will get underway next month when a French warship starts patrolling there. The French government has pushed for a European security alternative after ruling out taking part in the U.S.-led mission.